CC is doing a five week series on the Affiliate Team project grants. Last week, you heard about the exciting events and activties from CC’s African region, and today we are featuring those from the Arab World. You’ll learn about a book about Arabic iconic figures that is first of its kind, videos explaining CC in a simple and exciting format, a book on open technology and media production, and an open source platform for stories of hope and change led by a group of Palestinian rappers and spoken word artists.

CC Algeria is currently finalizing its project agreement. With Faiza Souici as lead, the team will prepare an Arabic book under CC licenses, telling the stories of iconic Arabic figures who have had a positive influences in countries throughout the Arab World. They plan to include as many as 20 participants from the community, each writing about the distinctive personality of his or her country. CC Algeria plans to introduce the book at the next CC Salon.

Our first movie is ready; you can view it here:

Our second movie is being animated at the moment and will be ready in the coming weeks. In the meantime, here is a screenshot from the movie! 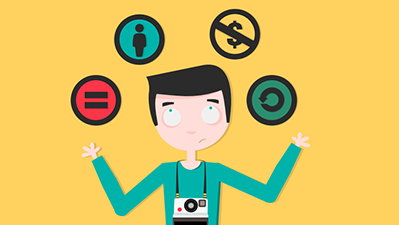 CC Morocco is writing a print and online book that will be the first in Arabic language on open source software for multimedia production, remixing, and publication. The title of the book will be “Guide to Free Culture,” or in Arabic “دليل الثقافة الحرة” where they will talk about the broad free culture movement (open source software, open data, OER, etc.) with a focus on Creative Commons licenses and most importantly how to be part of that larger movement by licensing your content using CC.

The project targets media creators in the Arab region by introducing them to the free culture movement and the benefits of CC licenses. In addition, it will be a how-to guide to using open source software in producing and remixing media including audio manipulation and video editing.

Four participating authors from Morocco’s affiliate team will work on the project, and upon its completion, they will continue to update the book with feedback from the community. By collaboratively engaging the local community and sending the resulting book to other local affiliates in the region, others can also use it for future workshops and events. With this initial project, free culture and the CC mission can continue to spread throughout Morocco and the North African region.

The book cover and the website (still under construction) where the book will be available for download and online viewing are here: http://opentaqafa.github.io.

The cover is made of a “remix” of the Glider that represents the hacker subculture and CC license symbols. 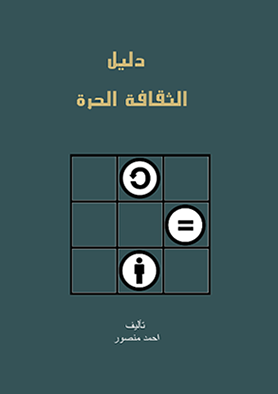 Hope Spoken/Broken is a social innovation project hosted by the Internet Institute and the Center for Middle Eastern Studies at Lund University. The project records stories of hope and change from the Jabalia Refugee Camp in Palestine and invites rappers and spoken word artists to reflect on these stories using hip hop and spoken word poetry. In this project, we will interview Palestinians from different age groups, record their oral histories, and work with rap artists and poets (spoken word artists/lyricists) to turn their true stories into performance pieces for a wider audience. Using digital and social media, we will spread the words, thoughts, and feelings of Palestinians living in the Jabalia Refugee Camp to viewers around the world who would otherwise never hear these stories. Spoken word and hip hop poetry have the unique ability to increase listeners’ empathy. By connecting with poets who live in both Washington D.C. and Palestine as well as with rappers from Sweden, Denmark, and Palestine, we will build an international partnership to create, record, and share an original collection of poems and songs inspired by recorded oral histories from the Jabalia Refugee Camp. Artists (poets and rappers) will attempt to draw parallels between the lives of Palestinian refugees and that of ethnically, socially, politically and economically marginalized groups in the United States, Denmark, and Sweden.

For further information, check out the links below: