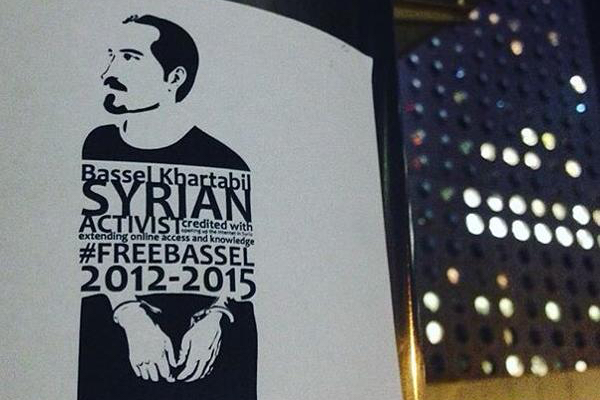 As the Creative Commons Global Summit kicks off this week in Seoul, we are acutely aware of the absence of Bassel Khartabil, the Palestinian-Syrian open source software engineer and activist who led the CC Syria affiliate team. He has been imprisoned in Syria since March 2012.

It is an incredibly dangerous time for Bassel. Earlier this month we heard that Bassel had been transferred from Adra Prison to an unknown location. Bassel’s name has been removed from the register at Adra Prison, and his bed has been assigned to another prisoner. There is little to no other information about his status, health, or whereabouts.

In this uncertain time it’s now more important than ever for our community to raise awareness about Bassel’s situation and re-commit to calling for his safe release. Here’s some things we all can do:

Keep Bassel in the spotlight. #FreeBassel.