From April 28-30, nearly 400 commoners gathered in Toronto, Canada in support of the commons for three days of connecting, collaboration, and debate.

Gratitude brings lasting transformative change and greater well-being to communities through providing recognition, reflection, and grounding. Creative Commons focuses on uniting a community of makers in gratitude, and this year’s CC Global Summit was reflective of this focus as well as our renewed organizational mission “to build a vibrant, usable commons powered by collaboration and gratitude.”

From April 28-30, nearly 400 commoners gathered in Toronto, Canada in support of the commons for three days of connecting, collaboration, and debate. The summit outlined some big, audacious goals for the commons, and the community showed its enormous capacity to rise up to meet them. Together we completed the network strategy discussions to grow our movement, began designing collaborative platforms for shared global action, had hundreds of vital discussions on copyright reform, technology, education, science, and so much more.

As facilitators of the summit, we sought to maintain an inclusive, inviting space for our participants as well as thrill and delight our community and friends. While the sessions were certainly informative, other projects like the Se Oye Libre radio station, which streamed live during the summit and provided interviews and music all day, were a fun and invigorating glimpse into the incredible work our communities are doing around the world.

What makes the Creative Commons community unique is its diversity of scope and geographic breadth. From artists to activists to copyright wonks, there was truly something for everyone at the summit. In addition, through collaboration with projects like Virtually Connecting, our major scholarship program, and Gender Avenger, we encouraged participation from around the world from a variety of perspectives.

In this spirit, we opened the summit with an invocation to gratitude and an opening of the space from Whabagoon Walker, an Ojibway indigenous elder who taught us the word “Meg-wetch,” giving thanks to all around us. Deb Matthews, Deputy Premier of Ontario shared Ontario’s plan for becoming “open by default” and the government’s role in facilitating the move. Her invigorating talk was followed by David Lametti, Parliamentary Secretary to the Minister of Innovation, Science and Economic Development, who encouraged openness as part of a balanced copyright regime in Canada.

Creative Commons CEO Ryan Merkley’s opening speech outlined three main tenets in order to guide the summit and the community’s course: Everything is political, no small fights, and collective acts. These statements are at the core of his vision for Creative Commons and help us perpetuate a culture of openness. In order to underscore the importance of gratitude, Ryan also revealed a new bronze CC pin that is not for sale, but rather given as a gift to people who are promoting a culture of gratitude in the community.

Being given this special, you-can't-buy-it @creativecommons pin badge felt like gaining status on the best airline in the world. #ccsummit pic.twitter.com/mD14Zbrwpr

Other highlights of the opening session included an unveiling of a project by CC Canada Public Lead Kelsey Merkley called “Uncommon Women,” a coloring book of illustrations of some of the women who are most important to us as an organization and network. In addition, Jane Park announced the release of the 2016 State of the Commons, our largest annual report yet. Our thanks to all the translators, volunteers, and community members who participated in this project.

The opening session concluded with a surprise unveiling of the #NEWPALMYRA tetrapylon, a collaboration with Austin 3D printing company re:3D that brings to life the work of CC Affiliate Bassel Khartabil, who has been missing in Syria since 2015. The CBC was on hand and released a documentary and article about the stunning event.

After admiring the tetrapylon, participants came back for a presentation that celebrated the conclusion of the development of CC’s new Global Network Strategy from Board Chair Molly van Houweling, Ryan Merkley, Evelin Heidel (Scann), Delia Browne, Alek Tarkowski, and Claudio Ruiz. With the strategy now complete, the hard work of community implementation begins.

Scann’s discussion of diversity was particularly important to the discussion as she encouraged participants to rethink their privilege and enable new global voices in the community.

After lunch, participants broke out into to a number of sessions in the five tracks: Usable Commons, Community and Movement, Policy and Advocacy, the Future of the Commons, and Spheres of Open. Highlights from these sessions included our Awesome Funded project “Copywrong,” which discussed copyright in performing arts spaces, an overview of Anna Mazgal’s research into what makes Creative Commons communities work, Paula Eskett’s talk on CC for education, and Maira Sutton’s talk on Sharing Cities, a new initiative from Shareable. Jesse von Doom from CASH music also ran a popular session on CC in the arts community.

#ftureofthecommons track kicked off with a talk with the community on the Faces of the Commons research #ccsummit pic.twitter.com/fWhw6hrUbA

We ended the day with a surprise talk from Barry Threw of #NEWPALMYRA on creative reuse in cultural heritage and community autonomy through digital openness. Matthew Fielder of re:3D closed out the day by demonstrating how his team built the tetrapylon over 800 hours with the Gigabot 3D printer. Fielder’s talk also focused on how his company emphasizes social good, community, and openness for innovation.

Even our breakfasts were active – the Summit Newbies breakfast led by Simeon Oriko attracted a new form of summit self-expression: self-portraits!

Not used to selfies yet but that was awesome breakfast session with Klaudia Grabowska and @SimeonOriko and all newcomers to #ccsummit pic.twitter.com/R25TxyUskI

Among the many exciting sessions at the summit, one highlight for participants on Saturday was the joint publisher’s session on three CC licensed publishing initiatives for early readers around the world. Saturday morning also included a session from Kelsey Merkley on making a living while working open, one on text and data mining, and one on CC’s role at the World Bank.

Before lunch, we had our first keynote from diversity activist Ashe Dryden called “Time Traveling: A Primer,” which discussed why compassion and sharing is more important than efficiency in building a better world. Dryden discussed the importance of intent and positivity in our communities as we struggle to reconcile the future of tech. Dryden emphasized “sustainability” and inclusivity” in communities and she drove the point home through an entertaining and often humorous talk. Oh, and there were also buff shark people.

"The shark people on Jupiter are buff, and they are ready for a smooch." @ashedryden crushing science fiction dreams of the future #ccsummit pic.twitter.com/bOCiXQNzbB

During lunch, the filmmaker Robin McKenna graciously stopped by to screen early footage from her film GIFT, based on the Lewis Hyde book The Gift. McKenna spoke beautifully about the gift cultures around the world and shared some thoughts with Ryan Merkley about her journey to filmmaking.

Robin McKenna talking about gift culture with @ryanmerkley after a preview of her film based on book by Lewis Hyde #ccsummit pic.twitter.com/eScIDULf5D

After lunch, Sarah Pearson and Paul Stacey presented the first copy of their book Made with CC to the Toronto Public Library in a presentation with Pam Ryan, representing the largest library system in the world. Next, we heard a keynote by Sarah Jeong, a lawyer and journalist who Sarah Pearson of CC claimed has “The rare gift of being both very funny and a lawyer.”

Sarah Jeong’s incendiary talk “This is the way the world ends” was a fitting complement to Ashe Dryden’s future-forward talk. In her talk, Jeong outlined the issues with the current media landscape, which privileges clicks over meaningful content, encouraging participants to “fight against the monopolization of speech that exists purely for economic gain.” Creative Commons, in her estimation, “helps fight against the monopolization of our channels of speech that exist solely for economic gain.” She concluded by asserting that “Creative Commons is a way out… it’s not a hobby, it’s a moral imperative.”

Creative Commons helps fight against the monopolization of our channels of speech that exist solely for economic gain #ccsummit @sarahjeong pic.twitter.com/7UyTFpx9RH

"Creative Commons is a way out… It's not a hobby, it's a moral imperative." #ccsummit @sarahjeong pic.twitter.com/IKYvrYV4IT

Still buzzing from Sarah’s keynote, we heard talks about kickstarting a copyright platform for CC, continued Virtually Connecting, and enjoyed a vibrant “Messy Market” for creators and CC enthusiasts alike! Read more about Virtually Connecting on our blog.

Many thanks to the @torontolibrary for 3D printing this logo for my son at the #CCSummit messy market 🙂 pic.twitter.com/rYUuUFVM1P

Another highlight of the afternoon was the Made with Creative Commons author discussion, where Sarah Pearson and Paul Stacey discussed their process as collaborators with Ryan Merkley.

After an entire day of activities, we just couldn’t get enough, so we ended the evening with a rad party from the listener supported nonprofit dublab and international DJs Basic Soul Unit and Invisible City.

@dublab and Invisible City at #ccsummit

The next morning, it was breakfast again!

Some highlights from the Sunday morning talks included a discussion on CC’s legal infrastructure with Diane Peters in order to kick off a collaboration for legal initiatives around the world. The same set of talks also brought us a discussion on teaching 3D printing as a means of teaching entrepreneurship with the New York Public Library and Shapeways.

After the break, we had talks from Laura Hilliger, who discussed community-based design at Greenpeace and the importance of community collaboration as well as from Capture Canada and Unsplash, two Canadian platforms revolutionizing photography.

Our last keynote block opened with Ana Garzón Sabogal, a free culture activist and educator in Colombia in conversation with María Juliana. Sabogal spoke about her work in post-conflict zones in Colombia and advocating for openness through storytelling and coalition building.

Our final keynote was Hillary Hartley, Chief Digital Officer of Ontario, a last-minute keynote addition who definitely delivered! She spoke of the lessons she learned at 18f while leading a team for digital services delivery for the United States Government. In a compact, smart talk called “Transforming Government Through Openness,” she encouraged the audience to “lead by example” to transform digital spaces. Hillary’s talk discussed how “thinking like a designer” and creating an open door policy can lead to big, transformative change.

At the heart of transformation especially in the government are people. @hillary #ccsummit pic.twitter.com/rYjit1PGu2

At the heart of Hillary’s work is people, and in going “open by default,” her team is truly changing government from the inside out.

Great keynote by @hillary at #ccsummit, including praise of CC0 and the "open by default" mantra. pic.twitter.com/G8I6L6xgMX

Thinking about education and resource sharing comes with the GLAM territory. #ccsummit pic.twitter.com/xqurKawCRY

On Sunday evening, we came together one last time, and our intrepid event photographer Sebastiaan ter Burg surprised us with a short video that featured our portraits from his photobooth! We’ll be sharing out a more polished version of the video soon. Check out more of Sebastiaan’s photos on Flickr.

In the spirit of the commons, we the CC Global Summit ended with gratitude: for our event coordinators, to our staff, for our affiliates and volunteers, and finally for ourselves. Together we made this happen, and we couldn’t have done it without all of our friends and supporters.

See you next year, CC. We can’t wait.

It's a wrap! Thank you all for being a part of this special experience. #ccsummit #ccgratitude pic.twitter.com/NKr23dSaNN 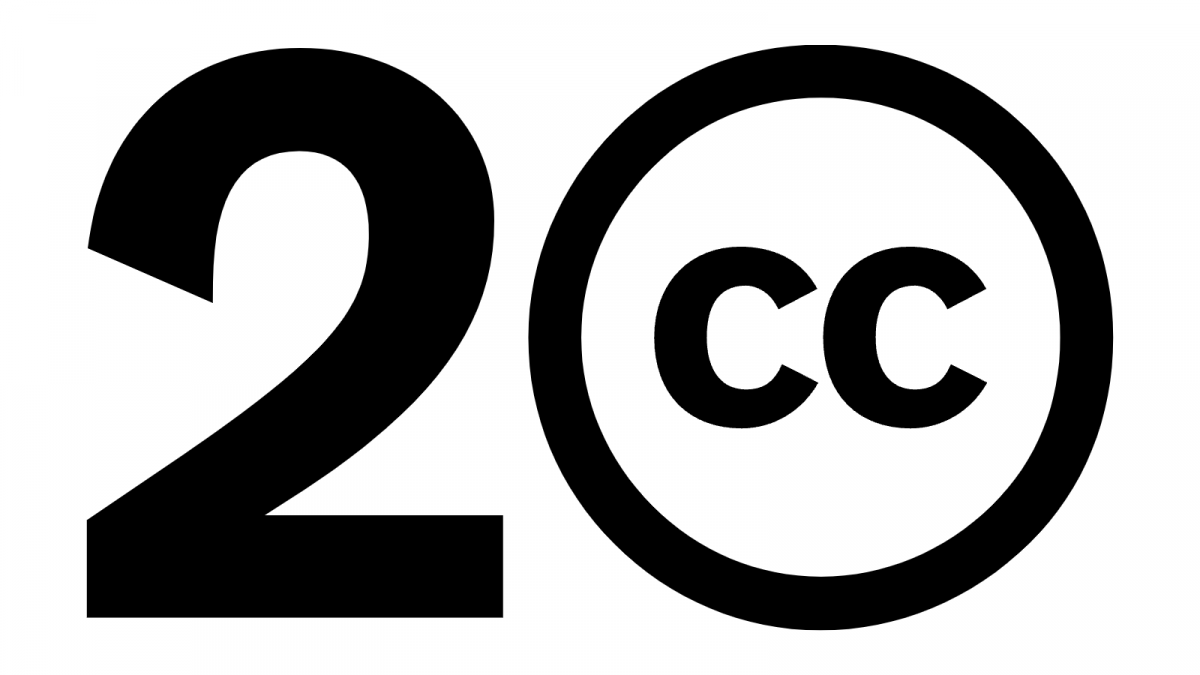