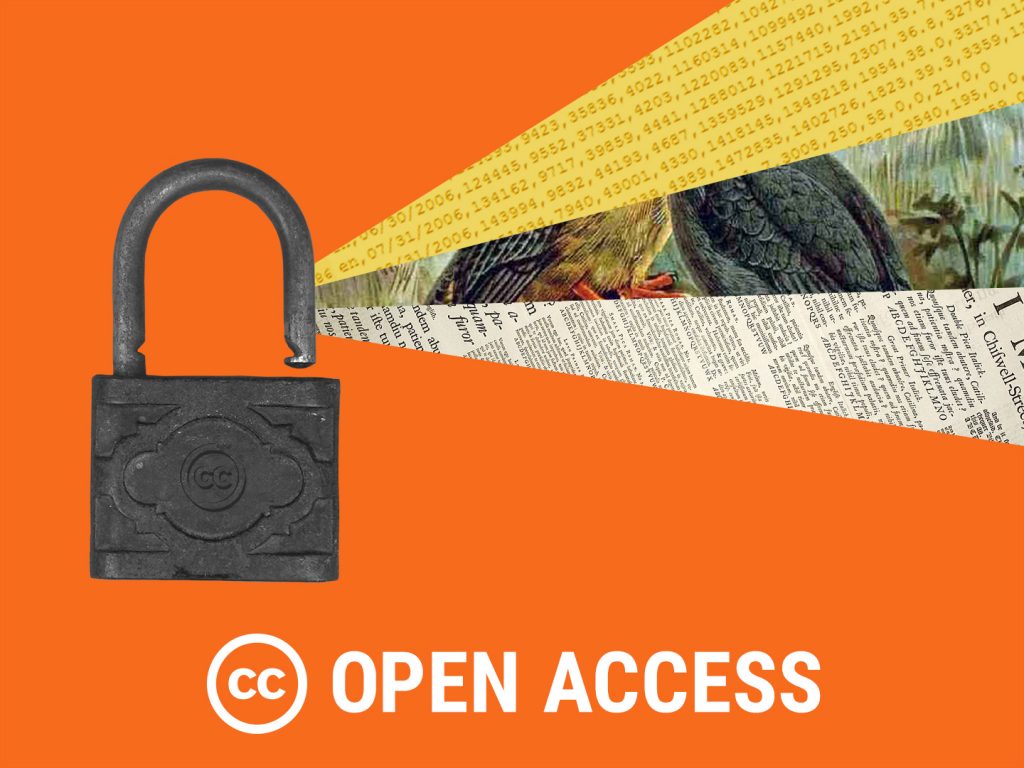 Yesterday we hosted group discussion via Slack chat on the timely topic of preprints—an important and growing practice within scholarly communication with major implications for open access publishing. You can view the full chat history in the #cc-openaccess channel on the Creative Commons Slack. We are especially interested in how preprint servers are handling the issue of open licensing.

Generally speaking, a preprint is a version of a manuscript that’s made available before peer-review and publication, distributed to receive early feedback. The discussions around preprints can be quite complex and vary between communities of practice. Preprints are important because they are a mechanism for collaboration and could even speed up the process of research. As we learned during the Slack chat, apparently citations of preprints date back to at least 1922!

In the chat, we asked how universities view preprints from a tenure and promotion standpoint. Do researchers get recognized for sharing work earlier as preprints? We know that the National Institutes of Health (NIH) is permitting researchers to submit preprints and draft research in asking for funding, and recommending the use of CC licensing to share such materials, where appropriate. There are some universities that are taking into account the sharing of preprints in their hiring and promotion policies. And even though many institutions do not yet formally recognize preprints as contributing to their tenure review process, ASAPbio is tracking stories that indicate that sharing preprints can help land a job.

We discussed how preprints approach open licensing. Do they allow it? Encourage it? Require it? What sorts of things do you think preprint authors should know about Creative Commons licensing? For the most part, it seems that CC licensed preprints work within the existing scholarly publishing system. There are some projects to track the preprint policies of academic journals. Initially there was concern that commercial journals would refuse to publish an article if its preprint had been previously shared under a CC license, and some commercial publishers do not allow it (or make it very difficult to do). But apparently publishers like the Proceedings of the National Academy of Sciences (PNAS) have subsequently changed course—pulling back on their restrictive policy and permitting the publishing of preprints shared under CC licenses.

Participants in the chat agreed that preprints should allow (but not necessarily require) Creative Commons licensing, and that the author should choose what they do with their work as the copyright holder. We were also pointed to an interesting blog post on the topic of author licensing choices in preprints.

We also talked about the potential for preprints to share other types of information outside of relatively advanced research papers. For example, data sets, research notes, and even code could be shared under the preprint model. One question pertinent to the sharing of these other types of content is the appropriate open license for doing so. For example, software should be shared as free and open-source software, not under a CC license.

Finally, we wondered what the future holds for preprints within the scholarly publishing ecosystem. In a recent interview, biologist and PLOS co-founder Mike Eisen said:

The most important thing to do now is to get publishers – commercial and non-profit – out of the process. The whole industry is unnecessary and needlessly cumbersome and expensive. We should all just publish in places like bioRxiv (assuming its software gets better and produces finished documents people are happy to read) and do all peer review post publication. There should be little or no money transacted in the process – the infrastructure should be subsidized so it’s free to both publish and access all the content.

The question is, are preprints the logical conclusion to this because they accelerate scientific research without the added baggage and cost of the scholarly publishing system? Some people agreed that the value that publishers bring is in the facilitation of peer review, curation of resources–not just making content available. Essentially, that publishing will become even moreso a service model across the publishing life cycle, and thus less of a tool that grants access (or restricts it). But of course, there are a lot of things that need to be addressed in concert, including the ongoing reliance of the scientific community on power branding of “high impact” journals, and also the challenges of academic promotion.