Based in South Korea, SooHyun Pae is a translator and the Asia Pacific Regional Coordinator for Creative Commons. 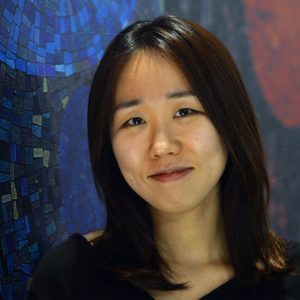 From our Humans of the Commons Series: SooHyun Pae on listening to the network, the beauty of translation, and knowledge as a human right. Based in South Korea, SooHyun Pae is a translator and the Asia Pacific Regional Coordinator for Creative Commons.

When the Creative Commons community began discussing how to better engage with the world, my role changed – especially when we decided to restructure the CC Global Network last year. I assisted in the transition process from the old, obsolete program to the new global network structure. We conducted interviews with members of our network as part of our “Faces of the Commons” report, and I helped conduct the interviews in my region.

I had clear expectations about what I would hear from the interviewees; I’ve worked with the Creative Commons affiliate team for many years, and I thought I knew them very well. But I was completely wrong. All of them had different perspectives about the CC movement and its value. There were some common challenges they were struggling with, but they often varied widely by country.

I got to see the diversity of the CC community and the beautiful individuals within it.

What was also very striking was that they all have a deep appreciation for this wonderful community. While they face a lot of challenges, and some had complaints about how we were doing the work, they really cherish the relationships and friendships they’ve made in the community.

These experiences allowed me to see the diversity of the community itself and, at the same time, the value of the beautiful individuals within it. It was an exciting and inspirational experience. It’s so important to highlight individual contributions. We always wanted to do that, but before the “Faces of the Commons” report, we didn’t have enough concrete examples to show people why it was so important. I think the report can be the basis for future endeavors towards that goal.

At the time I was working as a full-time translator. I was so in love with languages and translation – I love meeting people from different places and learning about new cultures. I realize that translation is a derivative form of work, and I struggled to understand why certain content should be inaccessible to someone just because it has been copyrighted by someone else. Even if the author wanted to share the work, it’s still copyrighted and at risk of being potentially illegal in certain hands if shared. I didn’t know which approach to take when I used someone’s work in my translations.

Creative Commons made it clear that knowledge and creativity should not be restricted by a legal system that doesn’t make sense.

I realized that it’s important to make knowledge and creativity accessible to as many people as possible if you want others to benefit from your work. It makes me feel less restricted and less limited when I do translation work and share a creative work with others.

I try to translate books with Creative Commons licensing because it shows the value of the licenses, and helps me collaborate with others. It also allows me to reach out to traditional publishers and give them information about alternative licensing options.

This year I’m translating the book “Made with Creative Commons” by Paul Stacey and Sarah Pearson. It’s about open business models, and contains interviews and analyses by Creative Commons staff. I’m interested in this project because I want to experiment with a new model. Instead of working with traditional publishers, I wanted to team up with people interested in publishing online, under Creative Commons licenses, doing independent publishing. My hope is to develop this into other projects in other languages.

Knowledge as a human right

When I think about what a vibrant Commons means, I like to use the analogy of a river. Keeping the Commons vibrant is like keeping the river in your neighborhood safe and clean, so that anyone can drink and make use of it. Everyone understands that access to safe water is vital to the health of the community.

In this digital era, access to information and knowledge is becoming critical to survival and the well-being of society.

To me, supporting the Commons is like protecting the environment and protecting human rights. Restrictive copyright systems, capitalism, and monetization of knowledge and information have increasingly become threats. Building a vibrant and sustainable Commons-based ecosystem is directly related to the sustainability and well-being of individuals in the world. It creates the foundation for more knowledge and creativity that others can be inspired by and build upon.

Category:About CC
Tags:humans of the commons