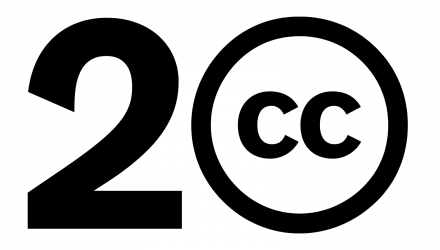 During 2021–2022, CC has been celebrating the 20th anniversary of our founding in 2001 and the first release of the CC licenses in 2002, successfully concluding an ambitious fundraising campaign to support programs like Open Culture, Open Climate, and Open Education, and to help ensure CC’s ongoing sustainability. In November 2022, CC brought the 20th anniversary celebration to an official … END_OF_DOCUMENT_TOKEN_TO_BE_REPLACED

A few weeks ago, CC co-hosted an open education meetup in London with P2PU, the Open Knowledge Foundation (OKFN), and FLOSS Manuals Foundation. We also led or participated in sessions and tracks on open science, makes for cultural archives, collaborations across the open space, and open education data at the Mozilla Festival immediately following the … END_OF_DOCUMENT_TOKEN_TO_BE_REPLACED

Join School of Open, OKFN, and FLOSS for an evening in London

Join us for a fun evening event on 24 October in London! The School of Open community along with members of the Open Knowledge Foundation and FLOSS Manuals Foundation is holding a meetup at the Large Common Room in the William Goodenough House (yes, that’s a real name!). Details at the Eventbrite and below. Sport … END_OF_DOCUMENT_TOKEN_TO_BE_REPLACED