I tried limiting this list to ten, but I couldn’t do it. There’s no way I could really limit it to twenty, even, but I’ll go with the first score that come to mind, in no particular order. 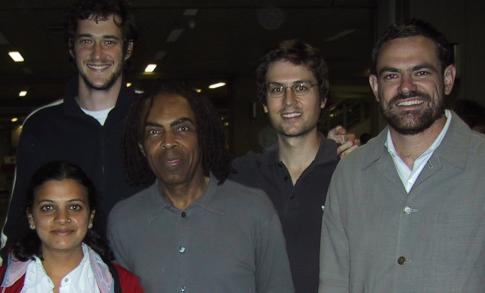 (2) Singing karaoke in Seoul with the lawyers of KAFIL, CC’s affiliate institution for the newly launched Creative Commons Korea.

(3) Getting a phone call in January 2002 from my former professor and long-time hero Lawrence Lessig — who, I couldn’t be sure, really remembered me — inviting me to join Creative Commons. 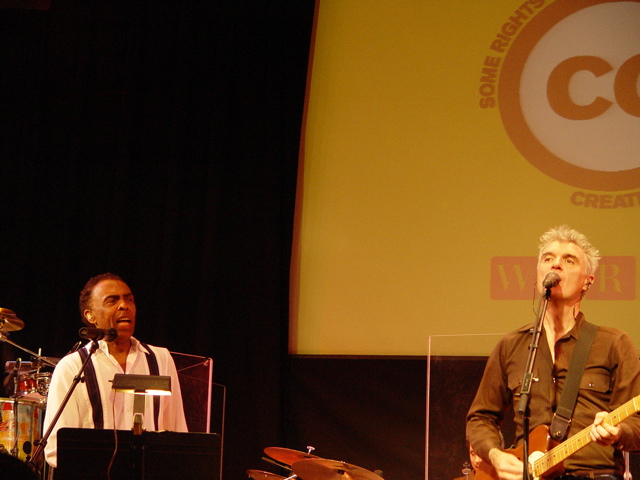 (5) Brainstorming on and making “Get Creative” and “Reticulum Rex” with Neeru Paharia, Ryan Junell, Benjamen Walker, and Christopher Lydon.

(6) Seeing the Brazilian Portuguese translation of both movies at the launch of CC Brazil.

(7) First trying out the phrase “Some Rights Reserved” at a meeting with the great folks — and later, friends — of Rice Connexions.

(8) Talking about rock-and-roll, over beers, with Jamie Boyle, Mike Carroll, and Eric Saltzman after my first CC board meeting in Cambrige, MA.

(9) Sharing countless lunches (and jokes) with CC staff at the Treehouse, on Stanford’s campus.

(10) Receiving the amazing going-away gifts of an iPod Shuffle full of CC music and a beautiful CC Taiwan poster from Lessig and the CC team on my last day.

(12) Watching Justin Cone’s “Building on the Past” for the first time.

(14) At Duke’s FRAMED! conference, seeing Negativland’s Mark Hosler meet, confront, and then make friends with the lawyer who set the U2 brouhaha in motion.

(16) Awaking from a nap under my desk to hear everyone from CC and Stanford CIS singing Happy Birthday on my 30th.

(17) Hearing a crazed David Byrne fan tell my mother, age 73 — at her first rock show ever — that the song “Psycho Killer” reminded him of her.

(18) Eating at Carl’s Jr. at 3am with two members of the Polyphonic Spree.

(19) Experiencing the mayhem before, and the joy during, every Creative Commons party.

(20) Doing an interview, with Lessig and Neeru, with the cartoon blogger Machina in Tokyo.

And there are so many more.

What kills me about putting this list together is to think of all the great things that I will miss out on from today forward.