Donate Now
Creative Commons > Blog > Weblog > Wake Up and Save the Music!

The netlabel music scene is booming. These ultra-wired record labels focus on the online distribution of digital audio files, which in most cases, are released under Creative Commons licenses. This means that, in the netaudio world, artists often retain their copyright, producers can offer free downloads for promotion, and fans can hear the music when and how they want — for free.

To raise awareness of the burgeoning netlabel scene, harddisk-jockeys and audiophiles from around Europe gathered this October at the netaudio.festival.berlin.2007 in RAW-tempel, where they packed the weekend with workshops on licensing models, collecting societies, audio techniques, music production, and Creative Commons. Evenings were filled with GEMA-free tracks played by netaudio greats such as J-Lab from London’s netlabel after-dinner , Disrupt and Monomatik from ID.EOLOGY, Berlin’s Q-Man from mixotic, and teamore, aka Timor Kodal, the event’s organizer and representative of his own netlabel Pulsar Records.

The festival succeeded in demonstrating to party-goers the variety and sound quality of netaudio. It was a perfect platform to encourage alternative licensing, get feedback from the community, and just listen to some great music! 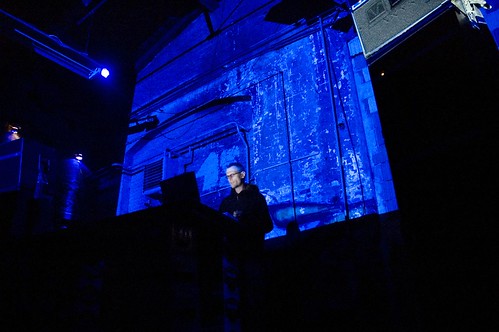 2 thoughts on “Wake Up and Save the Music!”