Jamison Young is a musician who records endlessly and plays live as often as he can. Young releases all his music under a CC licence, some through ‘fairplay’ label (and former Featured Commoner) Beatpick, who helped get Young’s track “Memories Child” into the soundtrack for new feature film “The X-Files: I Want to Believe“. We Caught up with Young and asked him some questions regarding his decision to use CC licences and what his current and future plans are – read on to find out more. 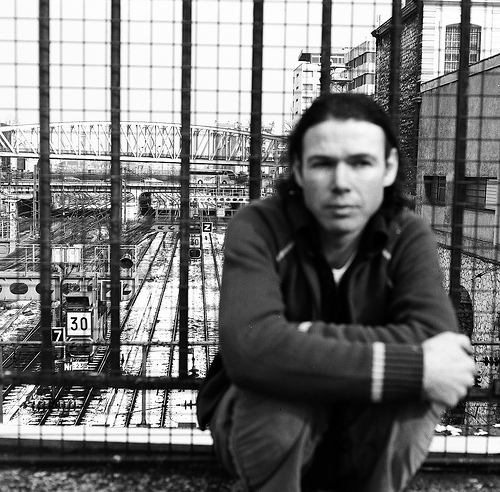 Can you give our readers a bit of background about yourself and your music?

I’ve been writing, performing and recording songs for a while, yet its only in the last five or so years that I have settled down enough to get some kind of career going with what I do. I play live, although mostly based in Europe and that is where I’m based – I’m originally from Australia.

What are your influences?

Any song that lets me escape, songs from the 60’s, 70’s, 80’s of all types and also contemporary artists like Beck. I like songs that I can listen to again and again yet still stay fresh. Learning about copyright and Creative Commons has given me a new view on my influences though.

What licenses do you use and why?

I licensed the songs from the album “Shifting Sands Of A Blue Car” under a Creative Commons Attribution license. When I look at the amount of self published art that is used commercially compared to published content and then look at how much quality self published content is available online, less restrictions for my music makes more sense for me. Also, a lot of home creators that use a song might want to use the content in conjunction with a services like youtube or myspace, and who can say if these services are a commercial or non-commercial from the user of the contents point of view.

How do you distribute your works?

I’ve written a lot of songs, yet only produced one album. People find out about my tunes through services like Jamendo , Myspace , last.fm , facebook , youtube, and when content gets remixed using a CC license. I see the recording as a promotional tool for a live show. When I play tunes at festivals I make an effort hand out postcards with my info. When I perform a show at a bar or cafe I send posters and postcards prior to the event.

Have you seen any interesting examples of reuse as a result of using CC licenses?

The uncultured project used the song “how far” in many of its clips. Shawn from the uncultured project went looking for free content to use with his clips on Jamendo and found my songs. Shawn’s film project deals with issues that relate to poverty in Bangladesh. The clip at this link has had almost 500,000 plays.

Recently I started to license my live performances under a CC BY license. In Europe although venues are already paying a blanket license for the use of content, often the venue has to pay an extra fee for the use of live music. As a result many bars and cafes don’t have live music. My hope is that putting a Creative Commons license on the live performance of my songs for this use shall create more opportunity for a promoted live event. A lot of artists play shows in spaces that don’t have an agreement with a rights organizations for live music, yet these shows are mostly not promoted beyond the artists network of friends.

As an artist, how important is CC to you?

Prior to the 90’s it seemed necessary to have a recording and publishing industry, yet with the internet and changes in recording technology, the old system looks to be less and less relevant to today’s artist. I grew up in a system where i watched TV, people grow up in a world today where we have the tools to make the media. I see the Creative Commons licenses as a good way for people to get together and create.

Recently one of your songs, “Memories Child” got picked up to be played in the feature film “The X-Files: I Want to Believe“, how did this happen? How do you feel about it?

The director of the film heard the track and wanted to use it. Beatpick created a synchronization license in conjunction with Fox Films for the use of the song.

The use of the song is great news for me, its going to be a bit of a jolt to the system when the film is released though. My hope is that I’ll get more live work and the opportunity to promote and record a fresh production album. Artists that get known for what they create have people employed pushing buttons and pulling the strings, I do what I can with the resources i have, and for now I’m happy moving along on this path.

How does the Beatpick service work?

Will you collect any royalties as a result of the use of your song in the film?

As the song shall be performed in so many places I made the decision to sign with ASCAP as an artist/publisher and collect for the use. The difference between ASCAP and APRA (Australian equivalent) is that ASCAP artists can license using a Creative Commons license. Like APRA, ASCAP issue blanket licenses for use of their members songs to media, however members with ASCAP are able to license what they create as they choose and also pick up when a performance shows up in the system.

From the ASCAP bill of rights:

What are your plans for the future? Is there anything else you’d like our readers to know?

I’m interested to have songs remixed via CC mixter in conjunction with a production recording. I’ve also started to collect images from travels that I project with my live show. I’m also interested in traveling with my tunes through transforming and developing countries.