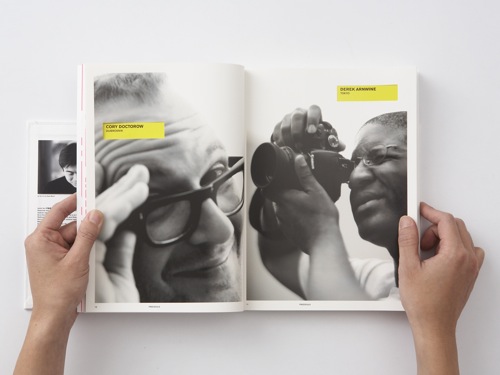 These photos have been used in hundreds of thousands of Wikipedia articles, blog posts, and even mainstream press pieces; all examples of new works that might not otherwise been created without our standardized public licenses. Flickr’s integration of CC licenses was one of the first and best; not only do they allow users to specify licenses per-photo, but they offer an incredible CC discovery page which breaks down searches for CC licensed materials by license. This means that you can look for all the photos of New York City licensed under Attribution and sorted by interestingness, to give an example.

As part of our celebration of Flickr passing this historic milestone, we are offering a dozen copies of Creative Commons CEO Joi Ito’s Free Souls book at our $100 donation level. Naturally, all of Joi’s photos are not only licensed under our most permissive Attribution license, but they’re also available on Flickr for download. By donating to Creative Commons today you can support the work that we do and receive one of the 1,024 copies of Joi’s limited edition book.

*We are linking to CSV files generated per-day based a simple scrape of Flickr’s CC portal. To generate the total number of licensed photos, we SUM()‘d the 2nd column of the CSV file. March 21st yielded approximately 99 million and March 22nd yielded over 100 million, hence our estimate that 100 million was passed sometime during the day on Saturday.