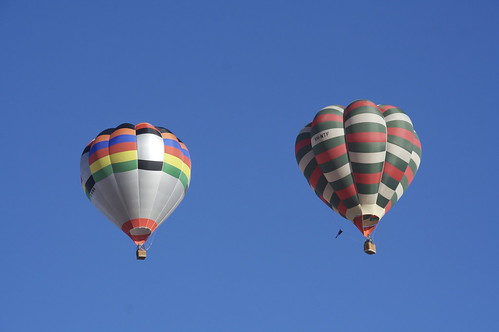 Richard Giles, a social media specialist in Australia who frequently posts and CC licenses photos on Flickr, received a threatening letter from the International Olympic Committee last week, mentioning a set of photos he had taken at the 2008 games in Beijing.

Giles posted a rundown of the story so far on his blog. It is not clear the situation is resolved yet, and initially there was confusion about which photos or licenses are at issue, but there are many worthwhile posts about it to check out, including these:

Regarding Ross’ post, of course the UK merchant that used the photo in an advertisement that eventually attracted the IOC’s notice may have discovered the photo directly on Flickr as well. In either case, the value of moving to a more liberal license if you want your works to spread is highlighted — Giles’ Usain Bolt photo is under CC Attribution-ShareAlike, while his other Beijing photos are under CC Attribution-NonCommercial.

Whatever the resolution of this particular dispute, there’s no question that the IOC’s attempt to control how photographers use their own photos is symptomatic of the permission culture and tragedy of the anticommons we are facing. Creative Commons can’t directly influence the IOC’s policies, but we’re creating an alternative to ensure a non-gridlocked future of creativity and innovation, an alternative that offers benefits to those who participate in the commons now, and whose successes will change minds. Please support us — we’re in the midst of our 2009 campaign to raise $500,000 to fund this work.

The photo at the top of this post by Richard Giles is not of the Olympics, but does look fun. Note that even such an innocuous photo could be under threat as we move in the direction of a permission economy — building owners attempt to control public photography, why not balloon owners or designers? Give now. ☺

5 thoughts on “CC licensed photos and the International Olympic Committee”