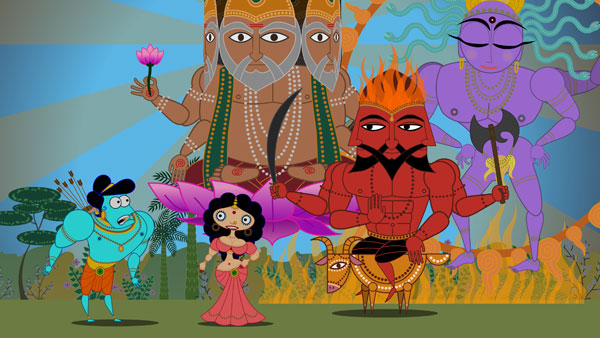 Last week, The Wall Street Journal posted a fascinating article on the profits made by Nina Paley for her film Sita Sings The Blues. Widely available for free online under a Creative Commons Attribution-Share Alike license, Sita has garnered $55,000 to date, an impressive amount for a film that has spent nothing on promotion or adverting.

While this amount only conveys part of the story – the article leaves out the cost to make the film as well as Paley’s cost-of-living – it is inspiring to see such fiscal success from a work of open-cinema. Aurelia Schultz, current CC legal research volunteer, digs deeper with the numbers on her blog, making the following observation:

A better tally of how [Paley] has done would include how the Sita copyright issue and subsequent CC licensing have increased Nina’s income from her other works by increasing her visibility; how much she makes from speaking engagements (which she say are her most lucrative work); and how much more she would have paid out under her settlement agreement had she released the film in a more traditional manner. Since all of these things only add to what she has already made, it’s clear that releasing Sita under a Creative Commons license was a good choice for Nina.

For more information on Sita Sings the Blues be sure to read our interview with Nina Paley as well as check out our case study on the film itself.