In the world of music, Creative Commons licenses continue to be used by upcoming and established musicians for everything from remix contests to album-a-month projects. And since CC-licensed music may be blaring from outerspace for the first time in history on NASA’s Endeavour mission, we thought it would be a good time to do a round-up of the recent developments in Creative Commons music land. 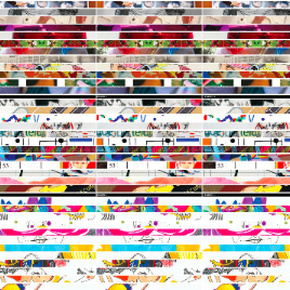 Two years ago, L.A.-based musician John Wood and CC-friendly record label vosotros launched Learning Music Monthly, an album-a-month musical series. Every month, John Wood wrote, recorded, mixed, and mastered an album—and made each album available as part of a tiered subscription service that ranged from a donation-based digital option (available for download under a CC BY-NC-SA license) to a $60 package that included handmade albums delivered to your mailbox, limited edition stickers, bonus albums from friends of LMM, and even personalized birthday songs! These extras inevitably evolved as the project scaled, but the albums kept coming, an impressive feat for John Wood and his friends.

After three seasons and 36 albums, LMM has finally come to an end. In celebration, vosotros has created an excellent 37 song Learning Music compilation entitled, “An End Like This,” blogged over at the Free Music Archive. Additionally, all of the albums are archived for continuous discovery and remix at the LMM site.

A great example of new, open distribution models, LMM is only one of many musicians and projects encouraging participation and remix under CC licenses. Earlier this year, R.E.M. launched a CC remix contest for “It Happened Today” on SoundCloud, one of the web’s easiest platforms for sharing your CC-licensed originals and remixes. Stems from the song were released under CC BY-NC-SA, and remixes were uploaded to SoundCloud under the same license. You can check out all remixed versions of the song here and read more about what went down at CC Australia’s coverage of the contest.

Nighty Night by 8in8

And the latest treat is Nighty Night by 8in8, an all-star collaboration between Ben Folds, Amanda Palmer, Neil Gaiman, and Damien Kulash from OK Go. The group set out to make eight songs in eight hours, and released the resulting album under CC BY-NC. You can read Neil’s account of the song-making process at his blog and buy the album at Amanda Palmer’s bandcamp page. Initial proceeds will go to berkleecitymusicnetwork.org, a charity dedicated to fulfilling kids’ musical potential.