Pete Forsyth lives and breathes wikis. He is owner and lead consultant at Wiki Strategies, and has extensive experience in working within online peer production communities, specifically the production of open educational resources (OER) using wiki-based web sites like Wikipedia. Forsyth was the Wikimedia Foundation’s first Public Outreach Officer and key architect of the Wikipedia Public Policy Initiative, an innovative pilot project to support university faculty and students in the use of Wikipedia as a teaching and learning tool. With more than 17 million articles in over 270 languages, Wikipedia is the Wikimedia Foundation’s largest and most visible project. 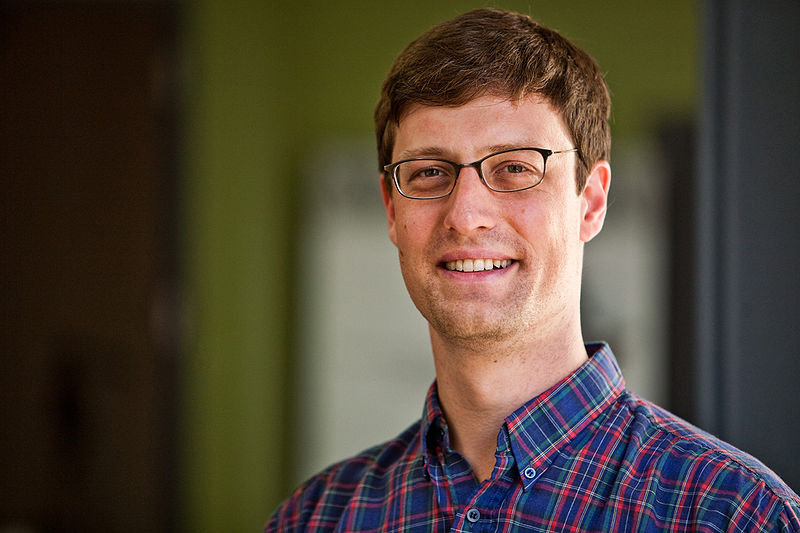 Wiki as a Vehicle for Self-learning

Forsyth became interested in wikis in Oregon, where he was an editor and community organizer for Wikipedia. While he had long been interested in Open Source Software, he didn’t know how to code. “Wikipedia was a natural entry point for me,” he says, “because you don’t have to be a computer programmer to contribute.”

Forsyth spent five years creating and revising Oregon-related content on Wikipedia, and during this time a group of similarly-minded people came together to form a wiki project in the Portland area. “Portland is home of the wiki,” notes Forsyth, referring to its invention in 1994 by Ward Cunningham.

The participants in the Oregon wiki project helped each other navigate their way around Wikipedia, mastered the art of good reference, and pieced together a better sense of the history of the state. Being in that group allowed Forsyth to explore intellectual pursuits he might not have explored if Wikipedia wasn’t there as a vehicle to nurture them. “The process was in its own way every bit as educational as the college degree I earned,” he said.

The Public Policy Initiative (PPI) is designed to engage professors in public policy programs at universities across the U.S. to work with their students and the Wikimedia community to improve articles on the English-language Wikipedia as part of their course curriculum. Forsyth notes that the PPI aligns with a set of Wikimedia’s long term goals: it cultivates more Wikipedians, champions subject matter experts, and works toward improving the diversity of its contributor base. He says that the public policy arena has been an exemplary pilot initiative because it is such an interdisciplinary field. “Public policy cuts across so many areas, such as law, economics, and philosophy,” says Forsyth, “and keeping this project open to people with different kinds of backgrounds was an important design consideration.”

The characterization of Wikipedia as an open educational resource platform is at once completely obvious and also a departure from many of the traditional OER delivery mechanisms. While Forsyth agrees that Wikipedia is as valuable an open educational resource as any encyclopedia, he thinks that open educational practices (OEP) is where the value of the Public Policy Initiative really shines. He believes that the really transformative outcome enabled by the technical and legal innovation of wikis and open licensing is the process of being able to collaborate with a broad group of people quickly and seamlessly. “By participating in that kind of community,” says Forsyth, “the student is learning skills from the process itself, rather than extracting information from a particular resource.”

Wikipedia and the other Wikimedia sites represent the largest collection of CC licensed works on the web. Forsyth believes that a project like the PPI–and Wikipedia itself–couldn’t exist without easy-to-understand open licensing. “Users clarifying their intent to work openly is the most important thing,” he says. “The existence of Creative Commons opens up a new avenue for individuals and organizations to do things in the public interest.”

Forsyth thinks that Creative Commons should attempt to provide more clarity about the consequences to using different CC licenses. “I’m not excited about the noncommercial condition,” he admits. “It all boils down to clarity, and attaching a noncommercial condition onto content immediately creates exceptions to that clarity.” He notes that many people new to open licensing are initially drawn to the more restrictive licenses, but don’t realize until later that the content they are licensing is incompatible with Wikipedia or other projects they’d like to engage with.

In addition to partnering with interested faculty, the Public Policy Initiative involves members of both the university (via campus ambassadors) and the Wikimedia community (via online ambassadors) to provide assistance and guidance. Bonnie Mccallum volunteers as a campus ambassador for a participating class at Montana State University, where she is a web services technician at the University Library. Mccallum, who had no previous experience in creating or editing Wikipedia articles, teamed up with Mike Cline, a seasoned Wikipedian, to assist Professor Kristin Ruppel in her course on Federal Indian Law and Policy. While Mccallum and Cline worked as on-site campus ambassadors, various distributed online ambassadors helped mentor students on the ins and outs of editing Wikipedia.

By McMormor (Own work) CC-BY-SA-3.0 or GFDL, via Wikimedia Commons

“There was relatively little available on Wikipedia about the content taught in the course,” said Mccallum. Professor Ruppel had the graduate students create a new article around the general topic of the course, stepping through the process of publishing and defending their articles on Wikipedia. The undergraduate students were responsible for editing articles that were already on Wikipedia. One example of an article worked on by the students is the Native American Languages Act of 1990.

Mccallum notes that Professor Ruppel believes participation in the PPI is a more worthwhile writing exercise for her students than cranking out a term paper. Ruppel feels that her students had to learn how to collaborate and communicate in a neutral voice, and learn how to monitor issues and discuss changes with other editors. Mccallum said she’ll be continuing work with the PPI next year, and was excited that there were so many women participating in the project. There are a few things that she’d like to change for next year. She notes that some of the students got hung up on the technical issues around editing wikis, so they’ll be structuring that course module differently next time around.

Mccallum proudly recounts a story passed on by one of the older students in the course, who has a child in middle school. The child’s teacher discouraged her students from using Wikipedia at all. However, after the boy had gone back to the teacher and showed her how his mom was using and contributing to Wikipedia in her graduate school course at MSU, the teacher softened her position. According to Mccallum, those ‘it might not be so bad after all’ moments seem to become more common as teachers learn about the varied uses for teaching via Wikipedia.

Sometimes open source projects find it difficult to break into the mainstream, especially within the traditional higher education space. Forsyth says that one reason why the PPI has been initially successful in getting buy-in from faculty is because they tailored the project to the existing goals of the educators. He says that working with existing incentive systems as much as possible and providing support to faculty is an important baseline to making the project successful. Also bubbling around recently is the idea that a condition of tenure might be participating in an online community or contributing to a collaborative project like Wikipedia, in addition to the traditional publishing venues. “It will be a gradual shift,” says Forsyth, “but the reality today is that both teachers and students need to possess the cultural fluency and information literacy skills to engage online.” He thinks that these traits will come to represent a set of important skills that students will need to master in any field. “I believe that in time, tenure processes will come to reflect that.”

Forsyth thinks the Public Policy Initiative is well on its way. “Professors are the experts in educating their students, and with a little nudge and some support, they can do great things with a tool like Wikipedia,” he says. So far, the PPI has turned out to be an enlightening exercise and productive process. As it’s seed funding winds down this September, the Public Policy Initiative will continue to transition from a staff-led to a volunteer-led project. The PPI aims to expand its reach of the Ambassador program to work with faculty and students in other countries, languages, and topic areas.

Forsyth is continuing his involvement in leveraging wikis within the education space, working to start the Center for Open Learning and Teaching (COLT), to be hosted at the University of Mississippi. The center will support the study and implementation of effective and open Internet-based learning practices in formal education. “As institutions of learning are engaging with concept of OER and online learning communities, they’re going to want to figure out how to update their practices, reap the efficiency benefits of ‘open,’ and stay relevant as education evolves,” says Forsyth. He notes that the goals of COLT include 1) setting up a cohort-based research network investigating open, online collaboration in education; and 2) establishing a teaching and learning center that would partially fund faculty salaries to explore OER and open collaborative practices in their classrooms and share what they’ve learned.

Forsyth believes that teaching and learning has very suddenly changed in only a few years. “The education system used to exist in a world in which information was scarce and access to information was hard to come by,” he says. “Now, learning something about any topic is easy, and universities no longer have a monopoly on how we educate ourselves.” Forsyth thinks that libraries, museums, governments, and news outlets still provide great value, but they’re gradually waking up to the idea that they now have to compete. He thinks that these changes should be viewed as an exciting opportunity, not something to be disregarded because they challenge the status quo. “We need universities to embrace the changing landscape, not erect walls trying to protect the role they’re used to playing.”