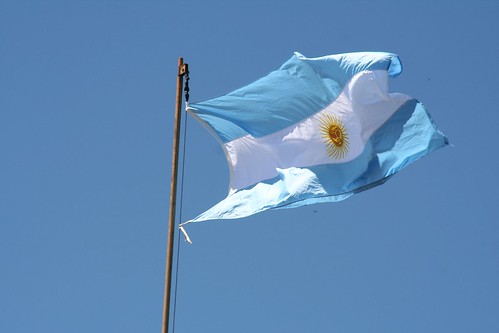 It’s taken us a few months, but we would like to introduce some new members of the CC family – our new CC Argentina affiliate team.

The new Argentinian team (see their website here and their CC wikipage here), came on board late last year and is headed up by public leads Beatriz Busaniche and Patricio Lorente out of institutional partners Wikimedia Argentina and Fundación Vía Libre. Both organisations are well known in the Latin American open community. Wikimedia Argentina supports the local Wikimedia community and promotes projects for the dissemination of free content and wiki-culture. Meanwhile, the non-profit Fundación Vía Libre works closely with the free software community and is committed to spreading knowledge and sustainable development. Among other things, it is a participant in both the FLOSSWorld and Science, Education and Learning in Freedom (SELF) projects.

With the new team, comes some exciting events for CC in the region. On 8 March CC Argentina, with Wikimedia Argentina and La Facultad Latinoamericana de Ciencias Sociales, will jointly host a breakfast with Melanie Dulong de Rosnay, an academic from the Centre National de la Recherche Scientifique and legal lead of CC France. The theme of the event will be “legal aspects of the digital public domain.” Melanie and Beatriz will then team up with Claudio Ruiz of CC Chile at the first Latin American GLAM-Wiki event in Santiago a week later.

This comes hot on the heels of the announcement a few weeks ago of a new CC-licensed Argentinian documentary, Runa Kuti: Indigenas Urbanos, which is making the rounds of film festivals. The film, which is under a BY-NC-ND license, focuses on the lives of indigenous Argentinians living in Buenos Aires.

Congratulations and welcome to the new team. We look forward to working with you on CC and all things open in Argentina.