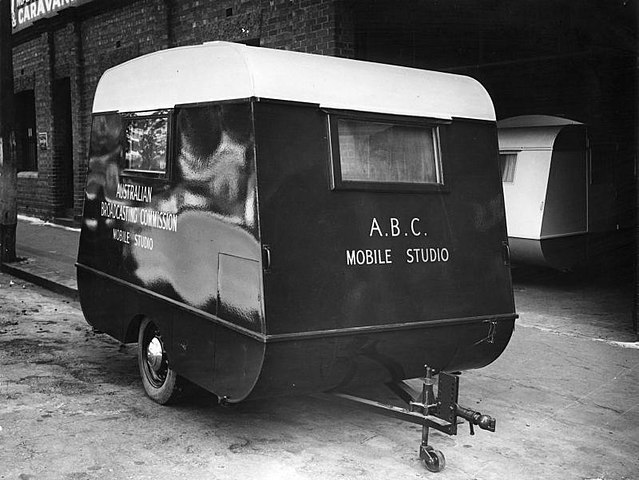 This is one for all those interested in the use of CC licences by archives, broadcasters or news organisations.

Much of the material on Wikimedia has been released along with other archival material to celebrate the ABC’s 80th birthday as part of the 80 days that changed our lives website. However, this is just part of a broader Open Archives project by the ABC which has released hundreds of archival objects, encompassing audio, video and photographic material, including many more news and current affairs broadcasts, for reuse under CC licences. All of this builds on the ABC’s social media site, Pool, which has been working with the CC licences for some time and which we’ve written about before.

While other news broadcasters are also making material available under CC licences, what makes this project significant is that the news segments that have been released aren’t obscure archival material or raw footage, but rather polished stories broadcast by some of the ABC’s premier current affairs programs about major events in Australian history. It includes, for example, news reports on the Apollo 11 moon landings, the Azaria Chamberlain case, and the floating of the Australian currency. Not to mention this 1974 footage of Arthur C Clarke predicting the internet, with uncanny accuracy.

The release of the material via Wikimedia Commons will act to encourage its reuse on Wikipedia, like this report on the introduction of World Series Cricket. This in turn will expose it to a far broader audience than the ABC’s own website, and encourage its dissemination further. As Angela Clark, Director of ABC Innovation, says in the press release, “sharing content in this way not only makes more ABC content available to everyone, it also facilitates creativity and the possibility of new audiences for the footage.”

Wikimedia notes that this is “the first collection of broadcast “packaged” footage released to Wikimedia Commons under a free license,” aka CC BY-SA, the same license Wikipedia uses. We’d love to hear about any other similar uses to add to our Case Studies wiki.