Last week, open access journal First Monday published an excellent research article (licensed CC BY-NC-ND) by Patryk Galuszka called Netlabels and Democratization of the Music Industry. If you’re not familiar with the term, a netlabel is a sort of lighter-weight record label. Netlabels distribute music recordings primarily over the Internet, many of them for free with a Creative Commons license. While many netlabels are simple ventures run by small groups of likeminded artists, some are very large and rival traditional record labels in the marketing and booking services they offer musicians.

Galuszka’s article — a culmination of several years of research on the topic — positions netlabels in a broader history of musicians attempting to democratize the recording industry, to varying degrees of success. For decades, musicians and fans have romanticized the idea of independent music production and distribution, but according to Galuszka, even in the heyday of the DIY movement, actually doing it yourself was economically arduous:

[…] Economic constraints of traditional phonography put some limits on independent record labels. Both more successful independent record companies and small DIY labels faced situations when their records did not sell well and their owners had problems with financing daily operations. It was quite common that to help pay the bills labels supplemented their operations with running a recording studio, retail store, distribution and other services. Analysis of British micro–independent record labels conducted in the early 2000s […] showed that it was extremely difficult to make a living out of running a label. Consequently, it was not uncommon for people involved in small DIY labels to have a daytime job. 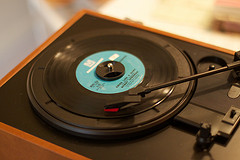 Galuszka suggests that as the Internet has become the dominant platform for music promotion and distribution, self-distribution and independent labels have become much more feasible alternatives to major labels.

The advent of the Internet and digitalization reduced the significance of major record labels’ competitive advantages in at least two ways. First, they reduced the benefits of controlling a distribution network. Although labels’ own distribution networks will continue to be the source of competitive advantage as long as tangible records are bought by consumers, it is no longer a barrier to entry preventing individual artists and small labels from selling their products globally.

Second, the advent of the Internet enabled low–cost, direct communication between artists and listeners, which helped build promotion channels outside of the mainstream media. For most of the twentieth century, exposure in the commercial radio, television and print magazines was virtually impossible if an artist was not supported by a record label […] Although radio airplay is still essential if an artist wants to become a global star, social networking sites, YouTube and blogs provide musicians with a cheap and accessible alternative. DIY musicians of the 1970s and 1980s, who had to spend a significant amount of time and money preparing and distributing zines (small circulation self–published magazines), could only dream about reaching such a wide audience at such a low cost.

Just as significant as the new connections between artists and listeners afforded by technology are the connections between artists. Take, for example, the fourth annual Free! Music! Contest (of which CC is a proud supporter). The contest’s point system rewards contestants for having their songs remixed or reused in videos. Websites like ccMixter and Free Music Archive make it wonderfully easy for artists to share their work and let others reuse and play with it. Thanks to CC licenses, worldwide collaborations between musicians happen every day with an ease and spontaneity that would have made DIY artists of yore jealous. 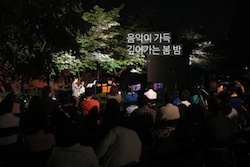 6 thoughts on “Netlabels and the Democratization of Music”