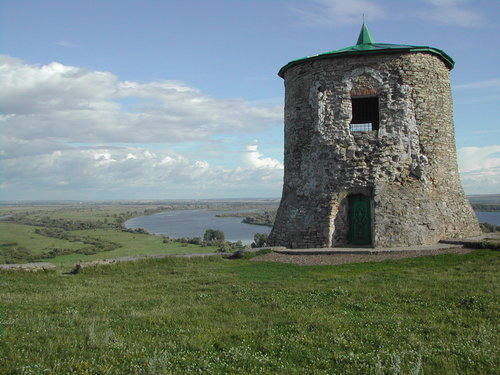 Every day, millions of people rely on CC licenses for all manner of sharing, from merely redistributing recordings or using images found on Flickr in presentations, to leveraging massive collaborative works developed on wikis in educational settings. All of this normally happens very quietly and without fuss or exception, so long as simple license conditions are respected and those involved have no other reason for complaint. But the exceptional (rare, that is) conflict proves the simple rule that CC licenses operate as designed and as advertised: disregard the license conditions and copyright is at issue; follow the conditions and copyright is not.

As an example of the former, almost exactly a year ago we announced that the Creative Commons Attribution ShareAlike (BY-SA) license had been successfully enforced in a case in Germany. There, a far-right political party had used a photo under BY-SA without providing proper attribution to the author and other information required by the license. The photographer sued to enforce the license, and the district court of Berlin agreed and issued an injunction against the user.

As an example of the latter, members of the Wikitravel community (together with many who left long ago to found Wikivoyage) recently announced plans to migrate to a new travel project hosted by the Wikimedia Foundation (meaning a new sibling project alongside Wiktionary, Wikibooks, Wikisource, Wikipedia and others). All of these sites use BY-SA, which enables the reuse of content among those sites even when conflicts arise or differences of opinion exist about website administration or community management, for example. Indeed, BY-SA was designed precisely to enable this kind of reuse and repurposing of content. In this particular instance, Internet Brands, which currently runs WikiTravel, sued (PDF) two Wikitravel volunteers for trademark infringement, unfair business practices and conspiracy, and seeks a court order enjoining them generally from doing anything that misleads the public into believing the new website is affiliated with Wikitravel, among other things.

Wikimedia Foundation decided to support those volunteers (who are also Wikimedia volunteers) in their legal defense, and in its blog post explained that it did not think it appropriate for Internet Brands to attempt to intimidate the volunteers from communicating freely on their dissatisfaction with IB’s management of the Wikitravel community. As a result, Wikimedia Foundation filed a separate request for declaratory judgment (PDF) seeking a declaration that, “under the terms of the CC License, [Internet Brands] may not restrict the use, reproduction, sale, or modification of content on the Wikitravel website in any manner other than requiring attribution to the creator of the content and that the content be maintained under the same licensing terms”. In addition, the Foundation argues that “[Internet Brands] has no lawful right, title or interest under the CC License to prevent use of such content created by volunteer users and administrators on the Wikitravel website”.

A few claims in the dispute provide the opportunity to highlight some important features of BY-SA and the other CC licenses. First, all CC 3.0 licenses contain mechanisms that protect licensors wanting to distance themselves from the projects and individuals reusing the CC-licensed content in ways allowed by the license, for any reason whatsoever. Our licenses contain a “no endorsement, no sponsorship” clause that prohibits users from implicitly or explicitly asserting or implying “any connection with, sponsorship or endorsement by” the author, the licensor or others to whom attribution is being provided, either for the licensee herself or the work as reused. Additionally, anyone modifying content (when allowed by the license, as BY-SA does) must clearly label or identify that changes have been made, thereby ensuring modifications are not wrongly associated with the original author. Finally, where the original author or licensor wants to completely disassociate themselves from particular reuses, they have the right to request that all attribution and mention of them be removed, and those reusing the work must do so to the extent practicable. These mechanisms provide effective tools for those concerned about being affiliated with permitted reuses of their works.

Second, an assertion in the dispute relates to whether proper attribution has been provided. While the factual underpinnings of this claim are not provided in the court filings and it does not appear the content is question is being used at this time, it’s worth mention that Creative Commons tools provide a sophisticated yet flexible method for reusers to provide proper attribution. All CC licenses permit attribution to be provided in a manner “reasonable to the medium or means” used by the licensee, and for credit to be provided in a “reasonable manner.” This flexibility facilitates compliance by licensees – minimizing the risk that overly onerous and inflexible attribution requirements are simply disregarded as being too difficult – while at the same ensuring that credit is still provided. This makes it easy for reusers to “do the right thing.”

Whatever the decision the court makes regarding the other claims by Internet Brands against the Wikitravel volunteers, it is clear that under the terms of BY-SA, the Wikitravel content can and should be used on other websites, so long as the users comply with the requirements of the license.