In the past few weeks, the Foundation Center and the philanthropic world have taken two big steps forward in transparency. First, 15 of the nation’s largest foundations joined the “Reporting Commitment,” agreeing to release grant information regularly through Foundation Center’s Glasspockets repository. Then last week, the Foundation Center relaunched IssueLab, an extensive repository of third-sector research. IssueLab’s mission is to “gather, index, and share the collective intelligence of the social sector” more effectively.

All of the IssueLab metadata is licensed under CC BY-NC-SA and all of the content is accessible (for reading, if not necessarily for other uses) for free. Everything released to Glasspockets under the Reporting Commitment is licensed under BY NC. 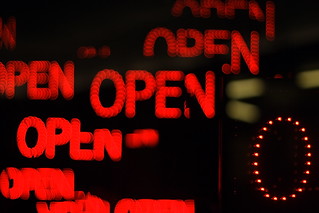 Taken together, these initiatives present some interesting possibilities for the future of open data in the foundation space. Foundation Center president Bradford K. Smith discussed the implications of both initiatives in a blog post:

If you think foundations are only ATM machines and nonprofits just service providers, think again. With the launch of IssueLab, there is one place you can go to find more than eleven thousand knowledge products published, funded, produced, and/or generated by foundations and nonprofits in the U.S. and around the globe.

Last month, the Foundation Center announced the Reporting Commitment, an effort by fifteen of America’s largest philanthropic foundations to make their grants data — who they give money to, how much, where, and for what purpose — available in an open, machine-readable format. Starting today, through IssueLab, the social sector can also access what it knows as a result of that funding. A service of the Foundation Center, IssueLab gathers, indexes, and shares the sector’s collective intelligence on a free, open, and searchable platform, and encourages users to share, copy, distribute, and even adapt the work. It’s a big step for philanthropy and “open knowledge.”

Smith went on to explain why it’s important that these resources aren’t just freely available; they’re openly licensed too:

Free is good, but IssueLab promotes openness in a number of other ways. First, the metadata — the abstracts and “tags” developed for all reports in the collection — is available under a Creative Commons license and can be grabbed and/or remixed by anyone as long as they use it for non-commercial purposes. Second, only work that is available for free is included in the IssueLab collection. These are public “assets,” in that the organizations which produced them already have tax-exempt status and/or have received government funding, and they should be easy for the public to find. Sorry but Kardashian Konfidential will not be found on IssueLab. Third, IssueLab itself is an open-source platform whose underlying codebase/framework is continually being improved by a community of developers. And fourth, our own developers embrace the Open Archives Initiative (OAI), which develops and promotes interoperability standards to facilitate the efficient dissemination of online content.

Here at Creative Commons, we’re big proponents of foundations and other institutions sharing their data — and the works they produce or fund — under an open license. It makes sense for foundations to reciprocate the public’s trust by showing how philanthropic dollars have been spent, and the foundations that join in the Reporting Commitment make that information available much sooner and much more easily than it is under the federally-required information returns. By use of Glasspockets, the public can see and compare the activities of the participating foundations. Private foundations are tax-exempt because they are dedicated to the public benefit; those that share their data and research in ways that invite the reuse and contributions of others add a valuable new dimension to their public service.