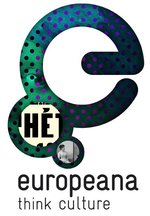 Throughout the #cc10 celebrations, we’re highlighting different CC-enabled media platforms, to show the breadth and diversity of the CC world. Today, as we’re talking about governmental and institutional adoption of CC tools, it seemed appropriate to discuss Europeana, the massive digital library of European history and culture.

While the data was previously available through the Europeana website, dedicating it to the public domain multiplies its usability. From the press release:

This release, which is by far the largest one-time dedication of cultural data to the public domain using CC0 offers a new boost to the digital economy, providing electronic entrepreneurs with opportunities to create innovative apps and games for tablets and smartphones and to create new web services and portals.

Europeana’s move to CC0 is a step change in open data access. Releasing data from across the memory organisations of every EU country sets an important new international precedent, a decisive move away from the world of closed and controlled data.