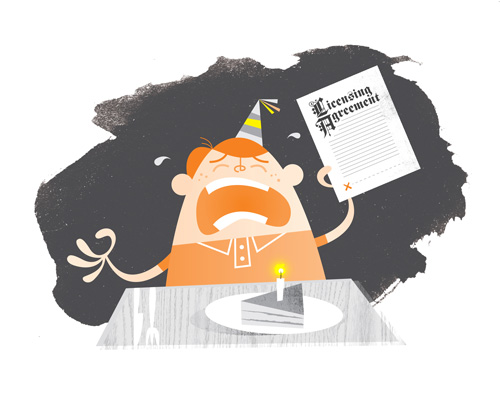 Our friends at Free Music Archive have just announced a contest to dethrone one of the most notoriously copyrighted songs of all time. From FMA’s blog:

The Free Music Archive wants to wish Creative Commons a Happy 10th Birthday with a song. But there’s a problem. Although “Happy Birthday To You” is the most recognized song in the English language and its origins can be traced back to 1893, it remains under copyright protection in the United States until 2030. It can cost independent filmmakers $10,000 to clear the song for their films, and this is a major stumbling block hindering the creation of new works of art. The 1987 PBS Civil Rights documentary, Eyes on the Prize is but one notable example.

While this has made for many inspiring creative alternatives in film and restaurant chains alike, it’s time to dethrone that old ditty and create a new national repository of alternate Birthday song compositions. All submissions will be licensed under a Creative Commons Attribution license so that they may be freely incorporated into new works of art as long as the artist and the Free Music Archive are properly attributed.