In celebration of Creative Commons’ tenth anniversary, we asked various friends of CC to write about their favorite CC-licensed works. Today, Jason Sigal tells the story of how Chris Zabriskie started licensing his music under CC BY and, in the process, opened new professional doors in his music career. 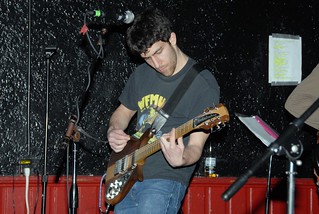 The Free Music Archive is a curated library of music that wants to be shared, and Creative Commons makes it all possible. Our project was born out of a simple idea from the freeform noncommercial radio station WFMU: radio has always offered free access to quality music, and we all stand to benefit when others are encouraged to spread the word. We joined forces with a coalition of likeminded curators who specialize in everything from contemporary Indonesian netaudio to early cylinder recordings to Western classical, and we provide a platform for artists who utilize the full range of Creative Commons licenses.

Each element of the CC licensing suite is a powerful tool for musicians to leverage copyright in ways they find beneficial. For some, like Roger McGuinn of The Byrds, Creative Commons ensures that his re-recordings of public domain folk songs can be shared in a manner befitting the folk tradition. For the mythical 80s cassette underground duo Smersh, CC BY-NC-ND serves an archival purpose, as every digital copy ensures the preservation of sounds once confined to small batches of decaying analog tape. For the Russian duo Monokle & Galun and the Japanese netlabel Bunkai-Kei, CC BY-NC-SA encourages remixes like Creative Commons Compilation Data, where artists were challenged to make new songs by remixing other netlabel releases.

Creative Commons helps creators find each other, and we’re always inspired to hear about collaborations sparked by CC. Creative Commons also makes it possible to bypass what Lessig has termed the “permission culture,” and this is where things get really interesting. For example, we’re seeing a lot of innovative models from artists under the Creative Commons Attribution (CC BY) license. Attribution is not part of traditional copyright, but since hyperlinks function as a form of online currency, it is a wonderful added protection afforded by the Creative Commons licensing suite. 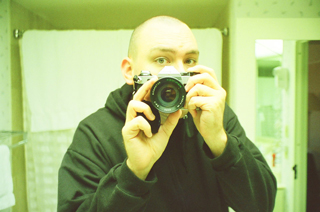 Last year, Chris Zabriskie — an FMA artist who specializes in cinematic soundscapes, ambient piano compositions and minimal synth music — found the Attribution requirement so powerful that he decided to drop the NonCommercial clause from his work. In a post entitled Why I Went CC BY, he explained his reasoning: “There are 48 hours of new video being uploaded just to YouTube every minute. Somebody, somewhere, always needs music for their project. Let people do what they want with your music, and they’ll promote you.” His inbox was flooded with requests from fellow creators: “People with Etsy stores making videos to advertise their new, handmade products. Filmmakers who, while the goal of making their short film isn’t monetary, one day might press up some DVDs. And if that dude’s free Flash game gets really popular, he’ll want to sell it in the App Store.” He included some examples of work by “people I’m not going to sue,” and he keeps a list that now includes big names like the Cartoon Network, New York Public Library, Gizmodo, and Mashable alongside independent feature films and shorts. “Malleable Objects,” a short documentary on the artist Margaret Craig, is embedded below.

Zabriskie emailed the FMA earlier this year to describe how his decision paid off in ways he never expected: “I’ve scored several feature films, a number of shorts, and am doing a bunch of other contract work for people and projects all around the world.” Along with the new commissions, “a shocking number of folks from filmmakers to ad agencies to churches have been paying to license some of my existing stuff” either as a means to bypass the Creative Commons Attribution requirement, or simply because they have the means to support the music that helped make their work possible. Though he says he has no plans to leave his dream job, (which happens to include both music composition and video editing), Chris Zabriskie has allowed his music to spread freely to the point where he could afford to focus on music full time.

These are just a few of the many models made possible by Creative Commons licensing. Thanks to Creative Commons, creators have choices beyond traditional copyright. Over the course of the past decade, these choices have facilitated collaborations and spawned the creation of countless new works. Happy birthday, CC. We look forward to what the next ten years will bring!

Jason Sigal is former director of the Free Music Archive and a DJ at WFMU. He writes music for Lame Drivers under the CC BY-NC-SA license.