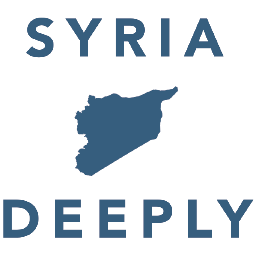 In January 2009, Al Jazeera launched a pioneering initiative: the first news repository licensed under a Creative Commons Attribution license. At the time, restrictions imposed by the Israeli military in Gaza prevented international news outlets from reaching the Strip and reporting from within. Al Jazeera, which had the advantage of being the only news outlet with a correspondent on the ground, came up with a creative solution by making its exclusive footage available to be used, remixed, translated and re-broadcasted by everybody, including competitors.

Three years later, a similar situation is happening with Syria. Shortage of news is dramatic and reports from within the country are rare and often require that journalists’ lives are put at risk in order to gather information. This is why it is key to have initiatives such as Syria Deeply, a news aggregator launched two weeks ago by a team of journalists and technologists headed by seasoned reporter Lara Setrakian.

Syria Deeply is a news platform that aims to redesign the user experience of the Syria story, for greater understanding and engagement around a complex global issue.‬ The platform is part news aggregator, part interactive backgrounder, part original reporting and feature stories. And the great news is that the content on the site is entirely CC BY–licensed, in order to encourage sharing and viral distribution.

This is a major step in crisis reporting and will allow a wider audience to become more aware of the dramatic situation in Syria, fostering a better understanding of a complex issue by adding context and historical information to the headlines.

“I believe technology is the key to getting more and better news to a broader audience,” says Setrakian. Open licensing can support this process and spread more and better understanding on Syria-related issues.