This is a guest post by Kasyoka Mutunga, Precious Blood Secondary School Alumna and Executive Director of Jamlab, a community of former high school students providing peer mentorship, learning through the use of open educational resources, and using the Internet to objectively achieve their goals and actualize their ideas — while actively solving issues in their communities. Kasyoka is leading the School of Open Kenya Initiative as part of the volunteer CC Kenya community. 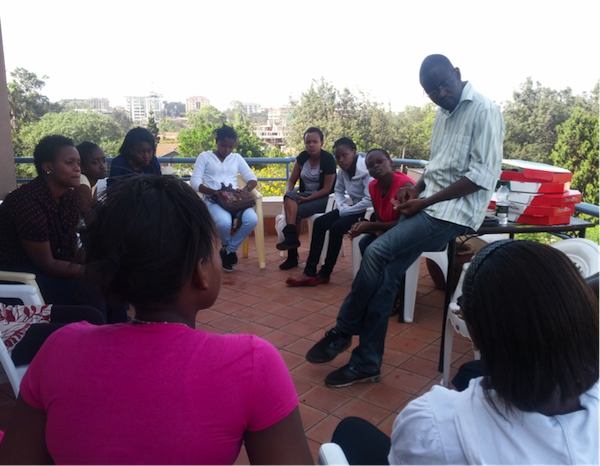 Two weeks before, Jamlab rolled out to introduce School of Open ideals to young girls in the Precious Blood School. The response was overwhelming. The girls came out in huge numbers. We cheerfully introduced Creative Commons to them. It was so intriguing that they went out and scavenged the rest of the Internet world for themselves. Soon, we were discussing the value of open in a world where “withheld” is what feels secure. We had to see the James Boyle video to understand exactly what we were all so afraid of when the concept of “Open” initially repelled us. The Initiative was at the end of that week launched formally at the School by the Permanent Secretary for the Ministry of Information and Communications, Dr Bitange Ndemo. 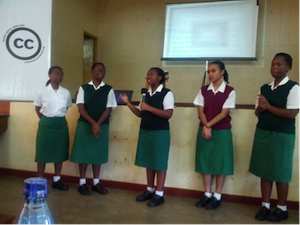 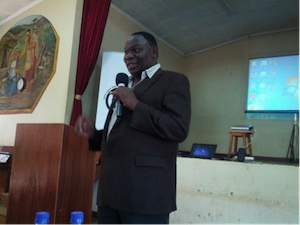 Two weeks later, we sat in a balcony to proactively decide what the students would do with the knowledge they had acquired. They wanted to start companies, they wanted to build organizations, they wanted to make solar panels for their communities, and maybe even create a library system. They had all these ambitions building gradually in them and now maybe, they had the hope of actualizing them irrespective of their age or background. “You know…” I heard one say, “Big people everywhere are fighting for the Internet to remain open and accessible as it was set out to be. We have joined that fight… because for us, we are fighting for a life we can better!” There were giggles and murmurs but those words have stuck with me since. 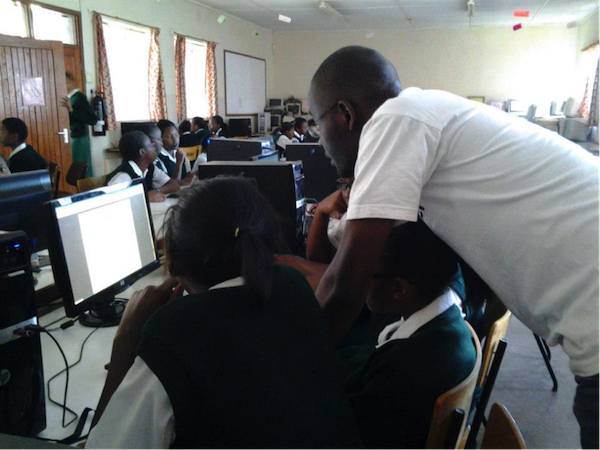 Finally, we decided on the project to take on together. It was something that resonated with everyone present. Today, they are bundled up behind cameras, behind computers and on the Internet, on YouTube actually. They are working on releasing short videos of their teachers teaching various subjects, licensing them under Creative Commons, and uploading them to YouTube. They are doing this for the thousands of young people who don’t get a chance to go to high school in Kenya.

Looking at their determination, I know that their major fear is that the world will leave them behind… that at the end of their time, they will simply have existed. I am excited about the videos and will send a link as soon as the girls learn how to edit them. However, I know that they ought not be afraid. Creative Commons has given them a reason to be extraordinary… and a reason to make others extraordinary too.