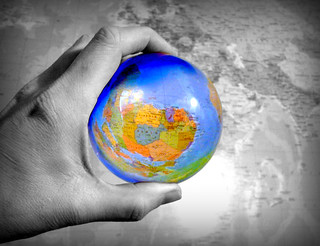 CC is excited to announce the launch of our Affiliate Project Grants. These project grants will be used to support and expand the work of CC’s Global community of volunteers.

The goal of the grant program, which is enabled by sponsorship from Google, is to increase the capacity of CC Affiliates and community members working towards our mission, by providing support for local events and projects. Projects that might be covered by the grants include everything from OER workshops to film and music festivals to publications to research – anything, in fact, you can imagine that expands knowledge and adoption of open policies and practices around the world.

Proposals submitted by CC affiliates and community members will be selected to receive up to $20,000 USD towards their project(s). We are hoping to distribute these globally, with at least one project in each of the major geographical regions, and to cover projects small (eg writing and printing factsheets) and large (eg running a region wide series of workshops).

The application deadline is July 8. You can find out more about how to apply, eligibility, timeline, example projects, and the selection process here. Only those working with CC’s local community teams are eligible to apply – so if you have a good idea, find out how to contact your local CC team here.

We are looking forward to reviewing all the exciting project ideas that come from our affiliate community!