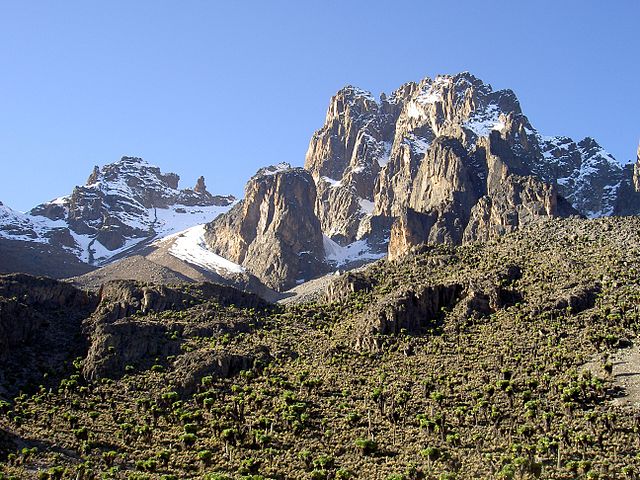 As we were busy getting ready for our community Global Summit a few weeks ago, we nearly missed the announcement of another very important addition to that community – our new CC Kenya affiliate.

The Kenyan team is supported by a large existing CC community in the country, which has been active for quite some time. Unsurprisingly, therefore, a number of projects and activities are already under way. The NCLR’s Kenya Law Report already uses CC’s Public Domain Mark for its content, the team has been a major contributor to bringing the School of Open to the region, and there is an exciting initiative to translate some of CC’s licence tools into Kiswahili. According to the new team, Kenya’s thriving cultural industry requires access to shareable resources that facilitate remixing, and CC Kenya also strives to support newly realisable democratic freedoms by enabling widespread access to knowledge and information. CC Kenya makes East Africa now one of the most active regions for CC in Africa with affiliate teams in Rwanda, Tanzania, Uganda and Kenya.

One of the first major activities of the new team, even before they had formally launched, was Kenya’s inaugural Creative Commons Salon. Held on 6 June, 2013 at Nairobi’s iHub and themed, “using technology as a democratizing tool, especially one that will level the playing field for education and opportunity in Kenya,” the event drew approximately 50 participants from different backgrounds.

Organised by Akili Dada in partnership with newly established team, the Center for Intellectual Property and Information Technology (CIPIT) and Jamlab.

Akili Dada is a leadership incubator investing in high-achieving young African women from underprivileged backgrounds who are passionate about social change. CIPIT is CC Kenya’s Public Lead while Jamlab drives the School of Open in Kenya.

In her opening remarks Allison Domicone, Akili Dada’s Director of Development (and who incidentally ran CC Salons from late 2008 through early 2011 and helped grow them significantly while working with Creative Commons in San Francisco, California) welcomed the attendees then asked Alex Gakuru, Creative Commons Africa Regional Coordinator, to say a few words.

Expressing optimism for continued growth, Alex reflected on the positive reception thus far accorded to Creative Commons in Kenya and across Africa.

Discussions on how technology can be harnessed as democratizing tool delved into how it can be made more accessible to all people with a special attention to girls and women given local statistics that they constitute only 15 percent of a technology field dominated by men. Discussion around access was extended to include access to online resources, empowering instruments and digital tools such as the mobile phone.

Discussants established among major barriers to access included: Inequitable financial access; Lack of knowledge; Absent or unpredictable electricity; Resultant societal stereotyping; to name but just a few. Probing, “What exactly is a level playing field?” was asked at the question session, with panelists responding as follows:

Jamlab – “A level playing field enables a person to achieve goals that s/he has set for own self.”

Creative Commons Tanzania – “A level playing field is where a person can have a balance between retaining ownership and encouraging open access to shared creative works.”

National Council for Law Reporting – “A level playing field is where any citizen gains access to justice without having to relying on costly representation through legal intermediaries.”

Akirachix – “A level playing field is where information is provided to enable girls to make informed career choices.”

Noted challenges included socialization in technology that favoured men over women, parents preferring to take the girl child to secretarial colleges to study languages and at best computer packages rather than encouraging them to venture into computer programming/coding and website development.

“Fortunately, the challenge is slowly being conquered by educating parents on importance of technology to the economy,” said Judith Owigar.

In Tanzania, librarians are championing the cause of Open Educational Resources (OER) due to their background and understanding of the importance of equitable access to knowledge.

Thereafter, the moderator invited audience participation with a reaction that children between 3 and 7 years were most impressionable urging stakeholders to focus their girlhood education and empowerment efforts on that age group.

Responding, Simeon Oriko said at that age the children were best under their parents care learning everything from parents. Jamlab chose to target high school students where youth peer influence, including what they see on social media, have the most impact on their adult character.

Professor Suki Mwendwa cautioned that technology, per se, should not be viewed as the solution to all access problems:

“Reading should be encouraged and technology used as a tool to increase access to knowledge. Technology having a seductive nature should also be regulated at home so that the children can be well rounded.”

The event ended with the moderator narrating inspiring stories of successful women providing role models for the younger generation — and encouraging others to do the same. She called upon more women to step forward to rally behind a solid community of mentors to change the world as we know it today.

It was a very informative interaction and well acknowledged. The audience later engaged and networked while enjoying the refreshments and food courtesy of NCLR sponsorship.

I thank Akili Dada, Creative Commons, Akirachix and Jamlab for taking the time to collect and relay information on matters of access and also women in technology. We look forward to the next CC Salon, perhaps in Tanzania, considering that CC Tanzania expressed their interest in replicating the event back home.