This is a guest post written by Gino Cingolani, a member on the design team for the CC Toolkit project. We’re making progress with the project, and wanted to share about a regional activity that helped launch the development of the CC Toolkits. Thanks to Gino, Teresa Sempere Garcia, and Pablo Corbalan for leading the organization of this event! 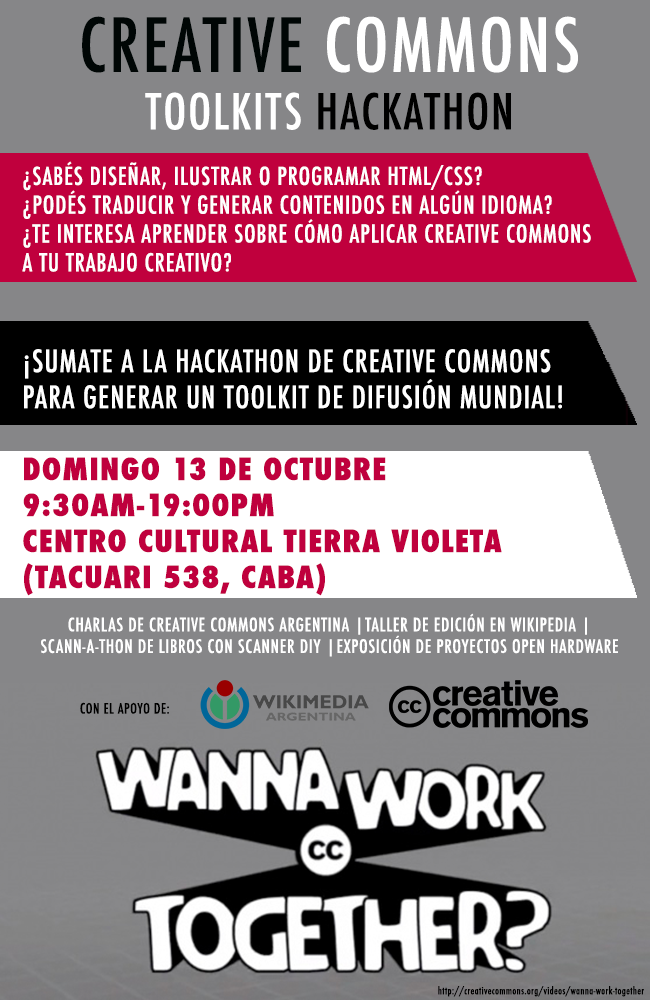 This past August’s celebration of the Creative Commons Global Summit in Buenos Aires impacted the free culture movement of this city. Only one month after the Summit, the first CC Argentina Hackathon was held with around 25 volunteers giving up their weekend to help. On a Sunday in October, programmers, translators, graphic designers, illustrators and people curious or interested in CC from all the country gathered around to work on the creation of template for the CC toolkits project.

During the event, we strategized content and drafted designs that would help spread the word and implement the CC licenses in cultural and scientific environments. The toolkits will exist in multiple formats (web, print) and will live online, each kit containing open content created by CC’s global community; the template includes video, narrative and fact sheet documents about CC licenses, and a set of cards with sentences for starting discussions around issues of copyright & free licensing. Each kit will also feature case studies and success stories of people that have already implemented CC licenses.

The CC Toolkits global initiative was initially presented at the Global Summit by a team made up of Billy Meinke and Teresa Sempere, describing the overall goal for the toolkits to help explain how CC licenses can be used in places like education, government agencies, culture and science. From that moment on, the initiative passed on to different working groups that took care of making the content, translating it, and present in the different formats mentioned. 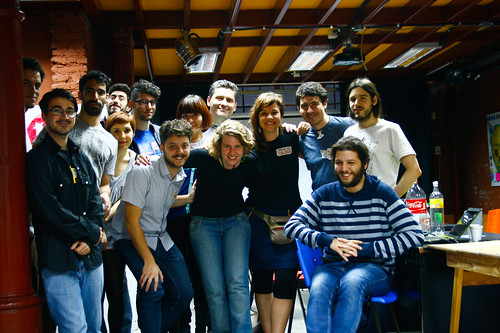 The hackathon, organised by a working group established during the summit, was held at the Cultural Center Tierra Violeta in downtown Buenos Aires. Alongside hacking to build the toolkits, we also had the chance to work with a DIY book scanner, take part in a Wikipedia editathon, involving various members of the area’s local DIY/Open Hardware community. The event had the support of Wikimedia Argentina & CC Argentina and we hope it will be only the first of many more similar events to come, that have the aim of sharing open principles like those of Creative Commons to more local communities of creators and artists.

For more information about the CC Toolkits project and how to get involved, see wiki.creativecommons.org/Toolkits.