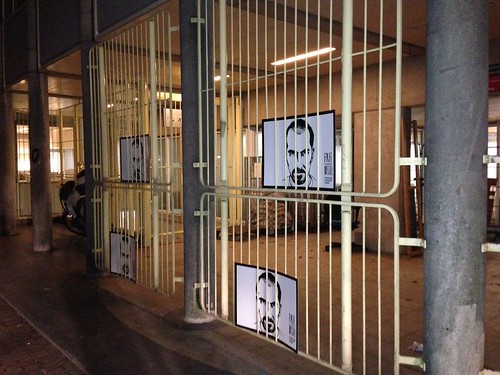 As of today, CC Syria community leader Bassel Khartabil has been in prison for two years. Today, we join the worldwide open community in honoring Bassel and insisting that he be freed.

Amnesty International and Front Line Defenders have produced this excellent video about why Bassel’s story is important to our community, featuring interviews with CC co-founder Lawrence Lessig and the Electronic Frontier Foundation’s Jillian York.

“Bassel could have gotten out, but he chose to stay. And that decision was very costly for him, and it was an important decision for us. It symbolized his commitment to making this democracy possible, and to continuing the work to spread that message. And we owe him for that, and we have an obligation to do as much as we can to keep the world aware of this incredible person.” – Lawrence Lessig

In honor of Free Bassel Day, our friend Niki Korth has compiled a cookbook in honor of Bassel, featuring recipes submitted by people who know Bassel or are involved with the #freebassel campaign. You can read the cookbook online or download a PDF (469 KB).

Niki is planning to release a Version 2 of the cookbook, so it’s not too late to submit a recipe.

We honor Bassel today and look forward to the day he is freed.