The first of these new groups to join us was CC India, which had its re-launch in November 2013. CC has had affiliate representation in India previously; however, the new team represents a substantial expansion of our Indian community following many years of networking and outreach by key people locally and internationally. It brings together three groups each of whom are already lead advocates for open culture and its benefits in India – the Centre for Internet and Society, based in Bangalore, will be be providing legal expertise; Acharya Narendra Dev College, who will take the lead in Open Education Resources; and Wikimedia India, who will focus on social outreach and community development. Each group contributes its own lead to help manage the governance of the team – Dr. Savithri Singh (Public Lead, Acharya Narendra Dev College), Sowmyan Tirumurti (Public Lead, Wikimedia India), Pranav Curumsey (Public Lead, Wikimedia India), Pranesh Prakash (Legal Lead, The Centre for Internet & Society). This new team has achieved a great deal over the past year, including workshops, translations and a collaborative competition for their own logo.

The next to arrive on the scene was CC Mongolia. Based out of the New Policy Institute’s DREAM IT and the Open Network for Education, ONE Mongolia, this team began to self-organise through a series of seminars designed to spur open culture in Mongolia, including a workshop lead by CC’s then Regional Coordinator for the Asia-Pacific, Chiaki Hayashi. Spurred by the energy from these events, as well as the success of the 2012 UNESCO OER Declaration, a team formalised late last year with leads drawn from across several organisations: Mr.Z.Batbold (Executive Director, New Policy Institute), Dr.D.Enkhbat (Public Lead), Ms.D.Nergui (Legal Lead), Ms.Baasansuren Burmaa (Technology Lead), and Dr. N.Norjhorloo (Community building in civil society). Following on from the founding workshops, they have begun their first project releasing open material through ONE Academy. 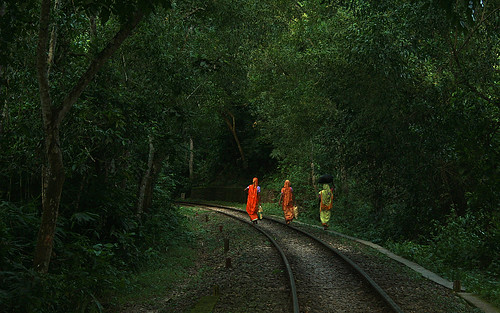 Last but not least, the very newest members of the CC family are CC Bangladesh. Once again, this team grew out of an enthusiastic group of people who were already working to encourage the adoption of open principles in Bangladesh, in this case the Bangladesh Open Source Network (BdOSN), which has been operating locally since 2005. The team will be led by Nasir Khan Saikat (Public Lead) and Munir Hasan (Lead, (BdOSN). Their goal is to create a broad organization where the open source and open content communities can exchange ideas and embark on new initiatives designed to raise awareness and encourage people to share information and resources.

We welcome these new members of our community, and will seek to assist them in any way we can to achieve their goals. We look forward to great things from these already very active and experienced teams. Welcome to the family!