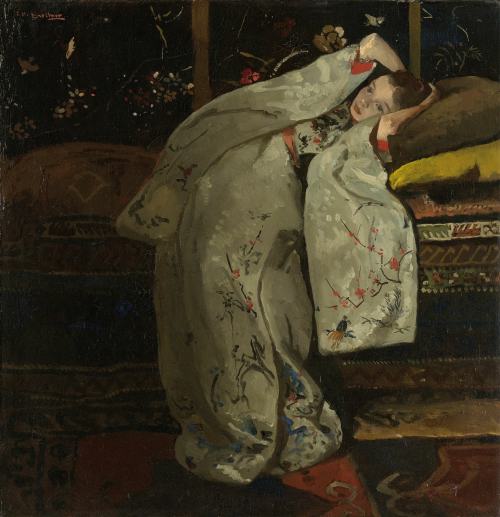 Yesterday Europeana published a great case study documenting the experiences of the Dutch Rijksmuseum in opening up access to their collection of digital public domain images. The case study was written by Joris Pekel, community coordinator for cultural heritage at the Europeana Foundation. Over the last few years, Europeana has worked with the Rijksmuseum in order to make available at the highest quality possible images of public domain artworks held by the museum.

The report discusses the Rijksmuseum’s initial apprehension to sharing these high quality images of public domain works. The museum originally planned to share the digital reproductions of public domain works under an open license, such as the Creative Commons Attribution license (CC BY). But after some convincing by organizations that advocate for unrestricted access to the public domain, the Rijksmuseum began to open its collections more by choosing to use the CC0 Public Domain Dedication for the digital reproductions.

The Rijksmuseum began to experiment with how it would offer high quality reproductions of the public domain artworks. The museum adopted a mission-driven approach, and staff understood the opportunity to showcase the best of the museum’s collection as a promotional tool. The marketing department argued that “…The core goal of the museum is to get the collection out and known to the public as much as possible…[and] the digital reproduction of an item would pique public interest in it, leading them to buy tickets to the museum to see the real deal.” The Rijksmuseum also realized that by releasing high quality digital reproductions of works out of copyright, it could help educate the public by providing true-color images and accurate metadata about the works.

Instead of worrying that making available high quality digital reproductions of public domain artwork for free would destroy a piece of the museum’s revenue stream, the Rijksmuseum initially adopted a hybrid approach. They made images available in two sizes: .jpg images at approximately 4500×4500 pixels were free, while the huge 200MB master .tiff files were made available for €40. The museum saw a steady increase in revenue from image sales, but eventually decided to discontinue the tiered offerings. Since October 2013 the Rijksmuseum has been releasing their highest quality images for free.

The Rijksmuseum has found a way to support broad access to its rich collection of cultural heritage resources. And it’s done so in such as way that promotes interest by new audiences, recuperates costs, and upholds the principles of supporting unrestricted access to the digital public domain.

Take a look at the full case study.