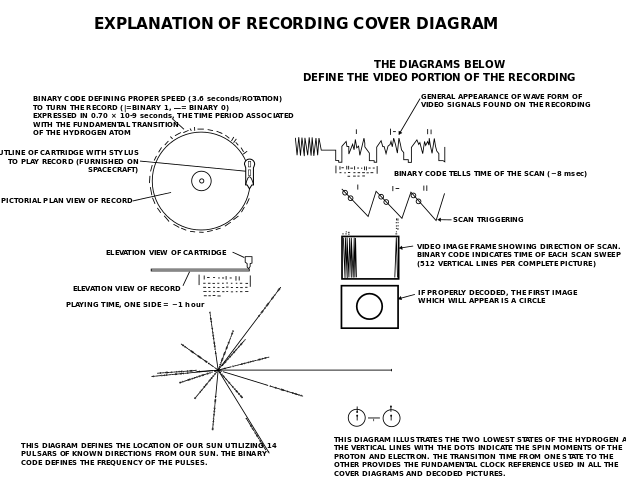 The Voyager Spacecrafts are carrying with them sounds of the earth, of our civilization, recorded on a 12″ gold plated copper disc, a golden record, along with instructions for how to play them.

Lily Bui, a graduate student in the MIT Comparative Media Studies program built a lovely web site that allows everyone to enjoy the sounds and music from the golden record via an attractive, easy to use web interface. In a serial burst of inspiration, Lily has also dedicated her web site to the public domain via a CC0 Public Domain Dedication.

In her words, “To be perfectly frank — I mostly designed this mostly for myself so that I wouldn’t have to access the archival audio through the Library of Congress portal.” Well, turns out a lot of people share Lily’s point-of-view. Ever the academic, she was taking a course at MIT that “examined the ‘migration of cultural materials’ into the digital space, combining traditional humanities with computational methods.” She is convinced her work is grounded in theory. Perhaps, for we love the sounds and music so much that we have yet to read Humanities Approaches to Graphical Display by Johanna Drucker.

Join Lily and all of us at Creative Commons and give the Voyager Golden Record a listen.