Why is this big news for Flickr and Creative Commons? CC0 maximizes the potential creative use of works by dedicating them, without restrictions, to the commons. By doing so, creators enable others to freely and without condition build upon those works in ways that advance science, education, scholarship, and literature, sometimes in surprising and unexpected ways.

Many Creative Commons photographers on Flickr have been asking for CC0. With this announcement Flickr users will be able to choose from among our six standard licenses, our public domain dedication, and they will also be able to mark others’ works that are in the public domain. Adding CC0 and PDM to Flickr is an unprecedented win for the commons and for free creativity and knowledge on the internet. 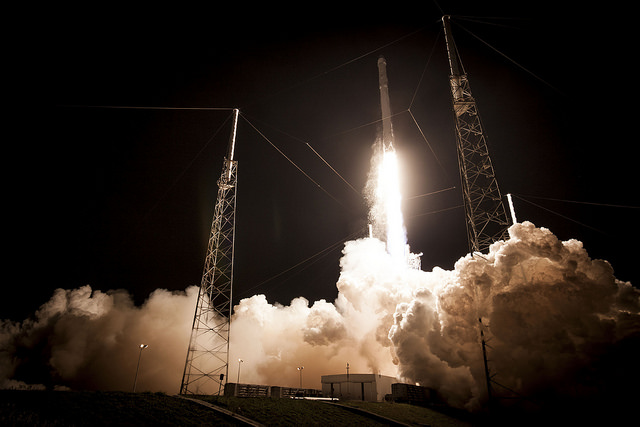 The topic of awesome public domain and CC0 imagery was in the news about a week ago when SpaceX founder and CEO Elon Musk announced that all of SpaceX’s incredible photographs are dedicated to the worldwide public domain. SpaceX will be moving all of their images on Flickr to CC0. Wikimedians have also helped SpaceX to declare a gallery of images as CC0 on Wikimedia Commons.

For years, galleries, museums, and others to whom the the public has entrusted important cultural heritage works have leveraged CC0 as an internationally-recognized way to share digitized copies of works and the metadata that enables search. Europeana now boasts no fewer than 26,000 images under CC0, as well as more than 3.6 million works marked as public domain worldwide using our Public Domain Mark. The availability of CC0 as a means for digitizers of works in the public domain to eliminate any “thin” copyright on public domain works they digitize, or for individuals who wish to eliminate their own copyright, allows the global public to freely create and publish the next great thing. And the availability of the Public Domain Mark to signal a work is globally free of copyright restrictions further empowers creators to stand on the shoulders of those who created before them.

What’s the difference?
Using CC0, a creator enables the public to freely reuse and remix a work without limitation. This is because the author/creator waives all conditions including attribution (although citation is supported) and encourages others to reuse the work in any way, including commercially. We know that Creative Commons supporters, including many photographers in the Flickr community, have been seeking the ability to use CC0 on Flickr since it was was published almost exactly 6 years ago today. This also offers remixers clear and simple terms when seeking out a work to build upon. Many “no known copyright” images are too uncertain to build upon, while CC0 offers a clear dedication to free use and re-use. Once fully implemented, users will be able to move some or all of their works on Flickr to CC0.

The Public Domain Mark is used to denote works out of copyright or in the worldwide public domain. Developed with reference to “no known copyright” statements adopted by many leading cultural heritage institutions, including contributors to Flickr Commons, the PDM is the only mark of its kind, and the only widely-adopted and globally accepted mark that communicates a work’s public domain status worldwide.

Flickr’s leadership
We are very happy to recognize Flickr’s longstanding commitment to the Creative Commons licenses, their community of CC photographers/videographers, and to the public good that is our shared commons and heritage.

Incorporating CC0 and PDM into Flickr has been a long term wish of ours, and we’re happy to see it happen today. There were many who helped along the way, but special thanks to CC General Counsel Diane Peters and also to Jane Park, who now leads CC’s platform engagement team.

We anticipate that Flickr’s stewardship of CC-licensed content and public domain materials will continue to grow now that users can take advantage of the full breadth of our legal tools.

One thought on “Great news for the commons: Flickr now supports CC0 and the CC Public Domain Mark”