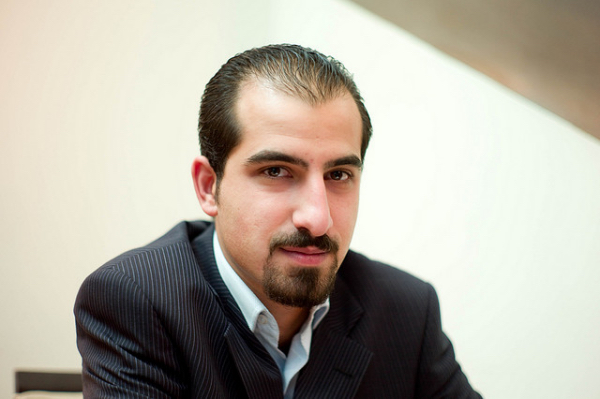 Bassel Khartabil is the lead of Creative Commons Syria. He’s been has been imprisoned in Syria since March 15, 2012. Bassel has been a key contributor to projects that digitize, preserve, and share cultural heritage works. The #NEWPALMYRA project was launched last month, which is an online community platform and data repository dedicated to the capture, preservation, sharing, and creative reuse of data about the ancient city of Palmyra. The project features 3-D models of ruins from Palmyra created by Bassel.

In recognition of this work, Creative Commons is offering Bassel a position as Digital Cultural Preservation Fellow. His numerous and impactful contributions to the open web and the commons has always inspired collaboration, community, and the sharing of culture and knowledge. As a Creative Commons Fellow, Bassel can continue the important work he started years ago.

The Creative Commons Board of Directors called for Bassel’s immediate and safe release in a resolution at its most recent meeting.

The stakes have been raised even higher for Bassel. In October we heard that Bassel had been transferred from Adra Prison to an unknown location, with no other information provided. Now, there’s even more dire news. Noura Ghazi Safadi, Bassel’s wife, wrote on Facebook yesterday that his life is in immediate danger. English translation from Arabic provided here:

I’ve just gotten disturbing and shocking news that Bassel has been sentenced to death. I think this means that the transfer to military prison was very dangerous. I really don’t know other news. May God help him, we hope it’s not too late. We are worried sick about his life.

The EFF published this call for Bassel’s release at the Internet Governance Forum in João Pessoa, Brazil:

The Internet community calls on the governments of the world to reach out to the Syrian authorities immediately and urge them to reveal Bassel’s condition and location to his family and legal representatives, and to exercise clemency in his case.

Bassel’s detention is arbitrary and in violation of international human rights law. The refusal of the authorities to reveal his whereabouts is an enforced disappearance. His prosecution do not meet the standards of a fair trial. Bassel can and should be unconditionally released to the care of his family.