Sebastiaan ter Burg on sharing as a way of life, business and innovation 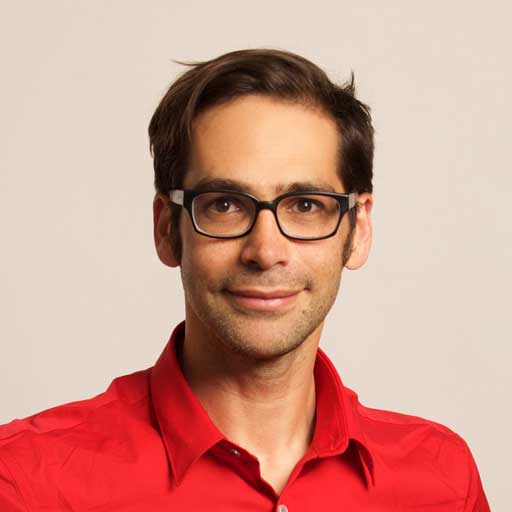 Sebastiaan ter Burg on sharing as a way of life, business and innovation

In advance of the Creative Commons Global Summit, we’re gathering the stories of inspiring humans working around the world to shape the Commons’ future. We want to share your story, too — drop by the “Humans of the Commons” listening lounge at the Summit to get interviewed and add your voice. Here’s an edited transcript of Sebastiaan’s story:

When I started taking photos, it was just a hobby for me. It was never my goal to start earning money out of photography and videography. Then in 2007, I saw the TED talk by Lawrence Lessig on how the law is killing creativity. That’s when I started using Creative Commons licenses. I was already using Flickr to share my photos with people, and then through another project I got involved with people working on Wikipedia as well.

Working this way, I started getting more assignments because people saw my work popping up everywhere. And so I started asking my clients if they wanted me to share their work too in the same way, so that their photos can be used on Wikipedia.

Doing it that way not only benefits my clients, but also provides high quality material for everyone. During the recent European Parliamentary elections, for example, in one instance it took only twelve hours from the time I first took the photo for it to show up on Wikipedia — so that when people started looking for these candidates, those photos popped up almost immediately.

Sometimes I call myself a “sharing consultant.”

Creative Commons allowed me to start this business model. It’s a business model around sharing. Sometimes I call myself a “content consultant,” an image consultant or a “sharing consultant.” Creative Commons allowed me to create this niche. I’m one of the few people working this way around the globe. But I don’t want to be the only person in the Netherlands doing it this way; my hope is that more creatives will start thinking and working this same way.

Sharing as default for non-profit organizations

For non-profit organizations, using CC licenses is a way of giving back to society. But it’s also about enabling other people to share and spread your message. If you launch a campaign around something you’re passionate about, then of course you want other people to spread that message for you – even in ways that aren’t always directly linked to your organization.

If you want fewer people to be living in poverty, for example, then it shouldn’t be a problem that people are getting and spreading that message in all kinds of ways – and not just hearing about your own organization. You want to empower others working on that same goal.

We need to think beyond our own organizations.

To be more effective, we need to not only scale up our own individual organizations, but also think beyond our organizations. What could people outside your organization do if they had greater access to all the stuff you’re creating daily?

I hope to flip the mentality. I want non-profit organizations to think of sharing as the default, not the exception, or just cherry-picking one or two elements they think are worth sharing.

The Faces of the Commons

At last year’s global summit I took portrait photos of the attendees, to collect the “faces of the Commons.” We made a video of those faces with some text saying, “We are a global community of creators in every field, sharing our work and the works of others with the world.” The video has now been translated into 18 different languages, and anyone can add a new translation. It’s so cool to be part of that.

Attending the Creative Commons summit is the best way to talk to people from other countries and hear about what’s happening in their region. In the Netherlands and Europe our way of thinking about ownership, law, and copyright is often so different from how people think in South America or Africa. Being able to connect with everyone during the summit, and hearing how things are seen and what challenges they’re facing — that’s very valuable.

“Contributing to the Commons makes me happy”

I hope our future is one where more people are willing to share. But right now there are so many changes happening for people, [like professional photojournalists, for example], that their willingness to share may actually be decreasing in some instances. So that’s a threat to the Commons: there’s a polarisation between those who want to share and those that don’t want.

The other challenge stems from online platforms and how they are embracing the Commons. Flickr, for example, is still using Creative Commons 2.0 license and we’re at 4.0 right now. If it’s not going to be updated, there may be a breaking point where it’s not useful anymore.

We’re still fighting an uphill battle. But you can see the enthusiasm growing everywhere.

What makes me optimistic is that you see the community growing, and also communities coming together. The amount of people involved in Wikimedia projects that are involved in the Creative Commons community, for example, is increasing. That’s a good thing because we share goals, so working together is extremely valuable.

Supporting the Commons for me is something I can’t stop doing, because it’s so close to my personal beliefs, and so close to what I think can better our world. I’m happy to be alive in the period we’re living right now. Twenty years ago I probably wouldn’t have been able to do the things I’m doing right now.

I’m happy to be part of this movement. It gives you energy, a more positive view of the future, and my own personal future. So contributing to the Commons is something that really makes me happy.

Category:About CC
Tags:humans of the commons