The inaugural Bassel Khartabil Free Culture Fellowship was awarded today to Majd Al-shihabi, a Palestinian-Syrian engineer and urban planning graduate based in Beirut, Lebanon. The Fellowship provides operational costs and a stipend of $50,000USD to carry out work honoring the legacy of Syrian activist Bassel Khartabil. The announcement was made at the 2018 Creative Commons Global Summit by Creative Commons CEO Ryan Merkley and filmmaker Dana Trometer. In tandem with the launch of the Fellowship, Creative Commons announced the first three recipients of the Bassel Khartabil Memorial Fund: Egypt-based The Mosireen Collective, and Lebanon-based Sharq.org and ASI-REM/ADEF Lebanon.

The Fellowship will support Majd’s efforts in building a unified platform for Syrian and Palestinian oral history archives, as well as the digitizing and release of previously forgotten 1940s era public domain maps of Palestine. “Even though I never met Bassel, I am realizing that the projects and the communities that I have been involved in are influenced by his spirit of openness and collaboration,” says Fellow Majd Al-shihabi. “I hope that through my projects, I will propagate those visions for re-building our Palestinian and Syrian societies towards a fair and free future.”

“It has been extraordinary to see the range of projects and initiatives proposed for this first Fellowship honoring Bassel’s work,” offered Bassel’s widow, Syrian human rights lawyer Noura Ghazi. “Bassel was first and foremost a proud member and leader within Syria’s Creative Commons, open source and free culture communities. I would like to send my heartfelt thanks to everyone at Creative Commons for all the love and support they gave us throughout the hard years Bassel spent in a Syrian prison. I would like to congratulate Majd and the Memorial Fund recipients and I know Bassel would have been a great colleague and supporter of all involved. I wish you good luck with the summit and I regret not being able to be there with you.”

Majd Al-shihabi’s work as the Bassel Khartabil Free Culture Fellow will focus on collaboration with archivists and oral historians in Lebanon and beyond to increase the accessibility and openness of Syrian and Palestinian oral history collections online. In tandem, Majd will work with local GIS and mapping communities in Lebanon to digitize and publish recently discovered print maps of Palestine from the pre-1940s, British Mandate era. These archival maps will help identify the location of long-since destroyed villages, landmarks, and communities in an open and freely-redistributable web platform, ensuring the perseverance of Palestinian history and culture.

The Fellowship was presented alongside three inaugural Bassel Khartabil Memorial Fund grants, awarded to Egypt-based The Mosireen Collective, and Beirut-based organizations Sharq and ASI-REM/ADEF Lebanon (Arab Studies Institute-Research and Education Methodologies / Arab Digital Expressions Foundation). Grants are valued at up to $10,000USD and targeted at work or projects that will unfold through May 2019.

The Mosireen Collective is a volunteer media group born out of the rapid expansion of citizen journalism and cultural activism during the Egyptian revolution of 2011. Mosireen worked to film, document, edit and upload video works related to the revolution, and to train and organize video activists, as well as establish a physical space for meetings and screenings. Following the military coup of 2013, the Collective migrated its work entirely to the web and focused on the creation of 858.ma, a predominantly open source collection of 858 hours of filmed, indexed, and geo-located archival footage from within the Egyptian revolution. 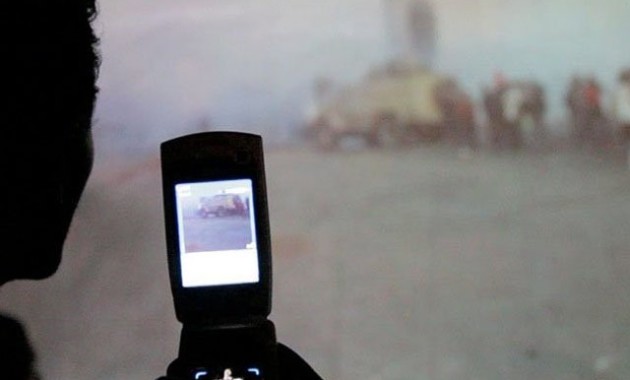 With support from the Memorial Fund, the Collective will expand and grow the online collection, and work to establish it as a “living,” growing, and responsive collection of video works. The Collective plans to launch new workshops and training for video activists, bring together other collections and collectors of video, engage new volunteers to archive and annotate works, and train them in the use of open-source video platform pan.do/ra to help them upload their own footage.

Sharq’s mission is to strengthen the ability of Arab citizens to hear and be heard, and to engage in honest and productive interactions. Sharq carries out this work primarily through the production of oral history collections that capture the stories and experiences of individuals across the Arab world. Sharq’s Managing Director, Reem Maghribi, is a journalist and communications professional who has focused Sharq’s project efforts around empowering citizens to gain skills for expression and debate, through publishing, training and cultural initiatives. 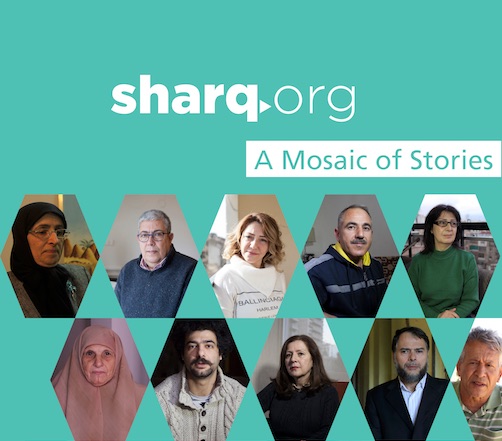 To date, Sharq has produced varied collections of hundreds of video and audio recorded oral histories from across the Arab region, all under CC license. Recent collections center on culture and society in Syria prior to 2011, human rights abuses during the Gaddafi era in Libya, and employment for Palestinians in Lebanon. The Arab World Voices Library will see Sharq’s wider collection of online, oral histories combined into a single, virtual library destination. Through workshops and online training, visitors from around the world will be invited to explore and help curate and grow the library for future generations. 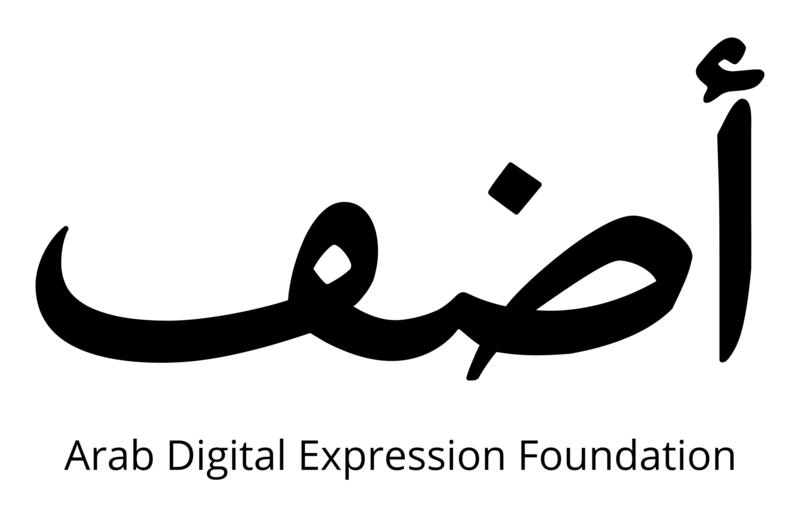 The Arab Digital Expression Foundation builds spaces and fosters environments focused on digital expression, learning, skills development, and empowerment of Arab-speaking teenagers and youth to strengthen their engagement with society. ADEF promotes the creative use of media, art, and technology – with a strong focus on the promotion of open source and free culture tools and outputs – to increase the production and dissemination of Arabic knowledge and culture.

ADEF Lebanon has been conducting the Youth Media Activists Camp since 2014. The 10-day camps are an annual gathering place for exchange of knowledge and skills for up to 50 young participants representing collectives, student and social activists, media groups, technologists, and aspiring writers and journalists. Participants take an active role in designing and planning the camps, with an emphasis on developing skills and abilities central to collaboration, expression, and community-building. This year’s camps, partially supported by the Memorial Fund, will continue to mobilize and catalyze a new community of Lebanese, Syrian, and Palestinian social and political activists.

The Memorial Fund and Fellowship recipients were announced at the 2018 Creative Commons Global Summit, the annual gathering of technologists, legal experts, academics, activists, and community members who work to promote the power of open worldwide. Held in Toronto, Ontario, the summit brought together over 450 participants this year.

During the summit, Creative Commons also announced the launch of its new CC Certificates program, an in-depth course and certification program about Creative Commons open licenses, open practices and the ethos of the Commons, CC’s new Global Network outreach strategy to expand and grow a global community of affiliates and volunteers, and announced a landmark 1.4 billion works shared under CC licenses.

All funds raised for the fellowship and fund are managed by Creative Commons, and are allocated directly to programs and projects that support activities in the spirit of Bassel’s work. Awards are determined by a community-led advisory panel, and no funds have been provided to any individual member of Bassel’s family.