At Creative Commons, we’ve been thinking a lot about how open principles and public interest values intersect with the decentralized web movement, particularly in relation to broader, collaborative efforts to build a Better Internet. In the past year, we’ve worked with other digital human rights and tech policy organizations to power this emerging movement, focused on addressing the challenges and failings of dominant internet platforms. One of the primary goals of the Better Internet movement is to develop an affirmative policy agenda that reflects public-interest values, championing technology that works for all. Any such agenda must be informed not only by these values, but also by the communities it intends to serve.

A few weeks ago, Catherine Stihler and I had the opportunity to attend DWeb Camp, a conference focused on the decentralized web that brings together a community of people around a set of collaboratively developed principles. The camp was a mix of conference and extracurricular sessions with extremely diverse and rigorous programming, balanced by free time to enjoy the outdoors.

❝ One of the primary goals of the Better Internet movement is to develop an affirmative policy agenda that reflects public-interest values, championing technology that works for all.

While there, we hosted a workshop, alongside our peers from Public Knowledge, focused on the values that might inform the building of a Better Internet. At this juncture, those active in the Better Internet movement are working to crystallize shared values about what constitutes “better” and how to get there. We saw an opportunity to brainstorm with the DWeb community, who have led the charge in exploring and building alternatives to existing platforms and systems.

Our ultimate goal is to produce a statement of values that underpins a broader public interest vision and a policy agenda for a Better Internet.  But that doesn’t happen without learning, listening, and digging into some of the more challenging topics. The purpose of the workshop we hosted at DWeb Camp and the many informal conversations we had during our time there was to examine the role decentralization could play in achieving “better.”

What would decentralization enable? What are the barriers or accelerators for the DWeb? What challenges would it not address? What new issues might emerge?

Chris Lewis, President & CEO of Public Knowledge, spoke about what it takes to build a shared vision for the internet, which respects the work of everyone in this fight. He talked through movement building, allyship, and the importance of collaborating with potential allies to make the gains that truly matter for broader society. Catherine and Chris joined Ross Schulman from the Electronic Frontier Foundation (EFF) in a panel discussion exploring broader matters of tech policy and collaboration, moderated by the Filecoin Foundation’s Danny O’Brien.

What stood out to us the most during this camp was the sheer amount of energy and enthusiasm for building a better digital environment, where people have greater autonomy and ability to control their own presence and space.

It is now a commonplace reference that Web1 was the web we read, Web2 is the web we read and write (albeit within walled gardens), and Web3 will be the web that we read, write, and own. Engaging with those building decentralized technology, though, we question this adage. In conversations with those who have focused on decentralization for the majority of their careers, it is clear that ideally future iterations of the web should actually be less about ownership and more about sharing.

This is why the CC licenses and public domain tools have a critical role to play in the development of these new technologies. Open sharing, reuse, and remix culture had a strong presence among creators in the early days of the web, when the CC licenses were integrated into popular platforms like Google, Bing, Flickr, and YouTube. This presence was diluted by the rise of social media and personal publication platforms (a.k.a. walled gardens), which did not integrate the open sharing ethos at the outset.

During our workshop at Dweb and throughout the camp, we repeatedly identified what societal challenges might benefit from the development of decentralized technologies, but also what it may hurt or hinder. Questions of privacy, autonomy, ownership, free expression — the list goes on. What is truly being “solved” by the decentralized web, and where are these new technologies overpromising, or too blunt an instrument?

Folks generally shared a belief that the decentralized web will give users greater control, introduce and amplify new community structures, and has the potential to thwart monopolistic tendencies. However, there is a fear among some that history will repeat itself, and the safe and exciting spaces and platforms that develop will be overtaken by commercial interests and monopolies regardless. This does seem inevitable. Some systems will get more use than others. Some platforms will win over a larger user base. But ideally, we will see enough disparate platforms develop that users feel they have choice. There is evidently a need, and desire, for more natural gathering points, like the public squares in our cities and the parks in our neighborhoods — where the space may be less crowded, fostering greater community cohesion.

❝ This is why the CC licenses and public domain tools have a critical role to play in the development of these new technologies.

One of the greatest challenges that currently faces these technologies is accessibility and the overall user experience. This is coupled with concerns around privacy. It isn’t lost on anyone that many of these emerging technologies are developing among broader societal tech pessimism, against a backdrop of cycles that oscillate between hype and scam. This gives many people pause about the potential that these technologies hold, and rightly so.

This is among the many reasons why we think it is critical to ensure that open principles are adopted in the values layer of emerging technology as they are being designed. Legal open sharing empowers both the creator and the user, bringing clarity of rights and intentions. What we definitely do not need is a re-invention of every wheel that already exists. We should be able to look back and learn a lot, not just from our more recent explosive whistleblowers, but also further still. We should also not just build in a reactionary way. It is valid to try to fight surveillance and want to take back control, but in product design we have to peel back many, many layers and avoid the knee-jerk solutions that haven’t been deeply interrogated.

The spirit of cooperation and optimism was a continuous through-line in our conversations with folks at the camp. If we use this moment to look ahead, we should do so as well in the context of what we’ve already learned can work well.

It’s a lot like parenting. You need to give your kid a high five for putting their socks on by themselves once in a while, so that you remember that these are the positives and achievements in our day, and not merely invisible and hidden gifts that we fail to appreciate. Let’s not just focus on the fact that somehow half their food ends up outside their plate after each meal. There are already things that are working, and there is ample opportunity to reimagine and improve that which is not, but there is no sense in re-creating the positive that already exists. We’d do so at the expense of global standards, like the CC legal tools, and we’d risk hindering the core principles of interoperability, without which open source technologies (and closed source, for that matter) would not thrive.

❝ As CC continues to engage with emerging technologies … we are guided by the fact that open principles will be critical to any new development of the web, and we need to ensure that our values are heard and reflected in the spaces where people are creating knowledge and building collaboratively.

One area in particular that we should continue to explore is around the balance between free expression and content moderation — especially as it relates to user safety and privacy. We anticipate working with those who are deep in this field as we determine the best balance to ensure free and open sharing remains unhindered, that better sharing is prioritized, but that users feel safe in their digital spaces and are protected from harms insofar as is possible. A world where someone can walk down their digital street and be free of harassment, but be able to express their opinion at the same time.

As CC continues to engage with emerging technologies — like those being built across the decentralized web, artificial intelligence tools, and beyond — we are guided by the fact that open principles will be critical to any new development of the web, and we need to ensure that our values are heard and reflected in the spaces where people are creating knowledge and building collaboratively.

In the coming week, Creative Commons will be in New York for a variety of activities related to UN Global Goals week, in addition to attending Unfinished Live and the Fake Symposium. Engaging with creators, builders, academics and those who are steeped in these thorny issues is critical, as we continue to navigate the role of openness in these new spaces. 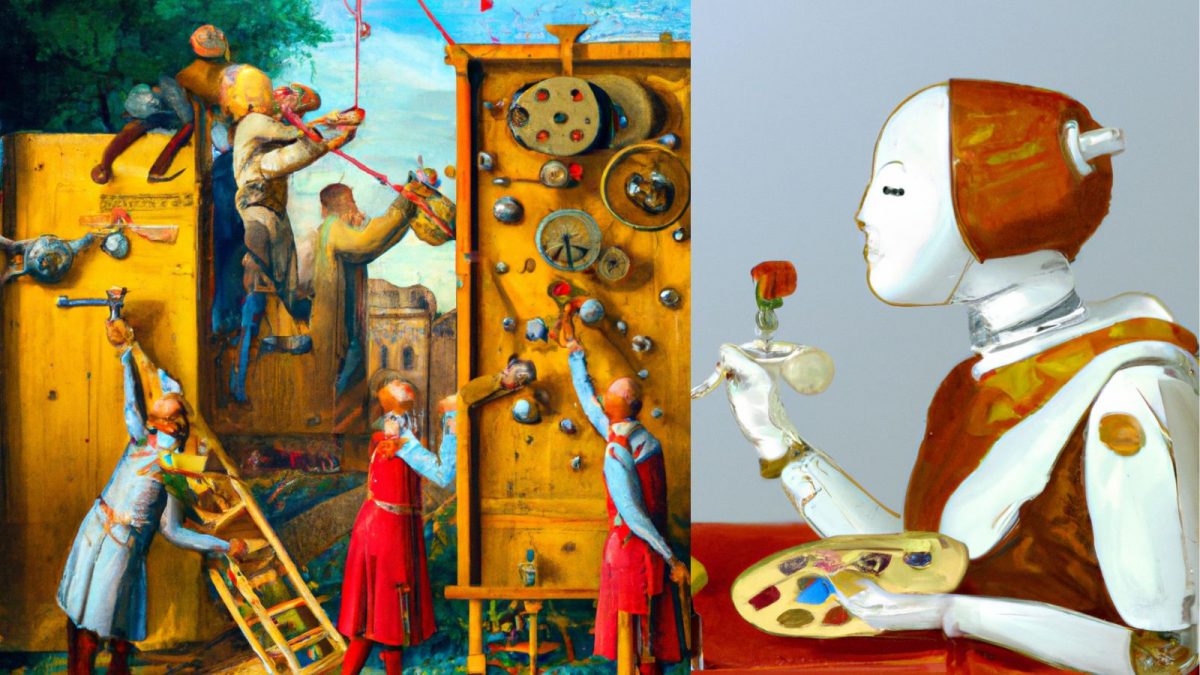