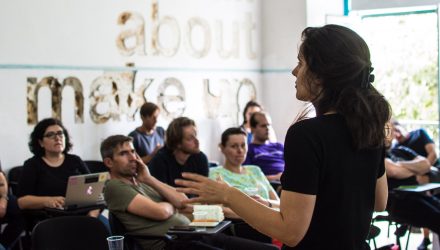 ‘School of Rock(ing) Copyright’ at the CC Europe meeting

This post was written by Natalia Mileszyk and Lisette Kalshoven of COMMUNIA. Photo by Saša Krajnc, CC BY 4.0. Last week at the Creative Commons Europe Meeting in Lisbon, COMMUNIA organised a “School of Rock(ing) Copyright” workshop. Creative Commons affiliates from Poland, the Netherlands, and Portugal joined efforts in sharing knowledge about the current European … END_OF_DOCUMENT_TOKEN_TO_BE_REPLACED 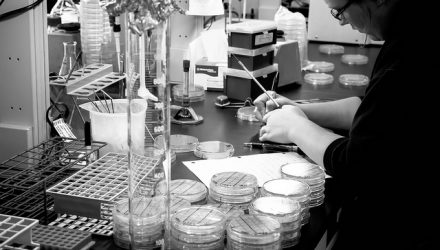 EU pushing ahead in support of open science

Laboratory Science—biomedical, by Bill Dickinson, CC BY-NC-ND 2.0 April saw lots of activity on the open science front in the European Union. On April 19, the European Commission officially announced its plans to create an “Open Science Cloud”. Accompanying this initiative, the Commission stated it will require that scientific data produced by projects under Horizon 2020 … END_OF_DOCUMENT_TOKEN_TO_BE_REPLACED

Yesterday the European CC Leads have under their regional identity CC Europe responded (PDF) to the ‘Public consultation on the review of the EU copyright rules’, run by the EU Commission through its Internal Market and Services Directorate. Like several other groups, the CC Leads have stressed the need for more robust and flexible exceptions … END_OF_DOCUMENT_TOKEN_TO_BE_REPLACED

In August we wrote about the European Commission’s request for information on the topic Opening Up Education. The point of the consultation is to gauge the need for EU action to promote the adoption and use of Open Educational Resources (OER) and Information Communication Technologies (ICT) in education. Several Creative Commons affiliates in Europe have … END_OF_DOCUMENT_TOKEN_TO_BE_REPLACED