On Friday, Creative Commons Japan and iPhone developer Appliya Studio released AudioVisual Mixer for Into Infinity, a free iPhone application specifically developed for the launch of the Into Infinity project in Japan (iTunes link). Into Infinity, which we have discussed numerous times, is a music and art project produced in collaboration between CC and non-profit web radio collective dublab. 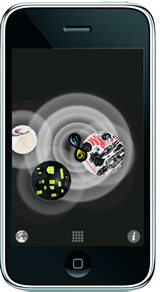 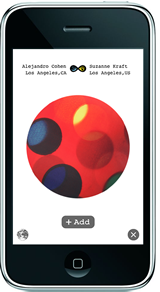 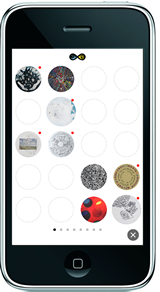 When opened, the application connects to a server where the project’s resources are stored, automatically downloading sound loops (“EAR”) that are paired with visual circles (“EYE”). An Into Infinity logo serves as an anchor point to trigger sounds – users can drag and move circles with their finger and when brought into the logo’s orbit the sounds start mixing, creating new derivative works on the fly. Users can then share these mixes instantly by posting to Twitter or sharing via e-mail from within the application.

All mixes generated by the application’s users are licensed under a Creative Commons Attribution-NonCommercial license, keeping in line with the project as a whole. The release also coincides with the addition of 50 “ear” sound loops and 50 “eye” visual circles from Japanese sound and visual artists. If you have an iPhone, download it today! 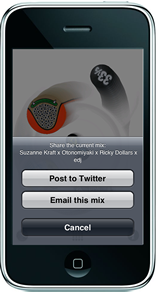 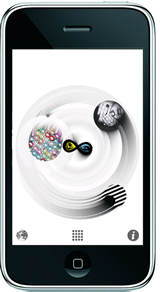