From a “Happy Birthday” rendition in Korean to apple schnapps in Reykjavik and a Free Culture debate in Poland, Creative Commons’ seventh birthday was celebrated this month with originality and cheerful camaraderie.

The global parties kicked off in Beijing at the opening of “Remix and Share”, a contemporary art exhibition featuring 60 acclaimed artists across the country. Afterward a discussion forum explored the event’s theme, led by CC Project Leads and representatives from Taiwan, Hong Kong, Australia, and others in the Asia-Pacific region. The icing on the cake appeared literally later that evening when CC China Mainland volunteers threw a surprise CC birthday party. “Happiness was seen on everyone’s face,” the team recounts. 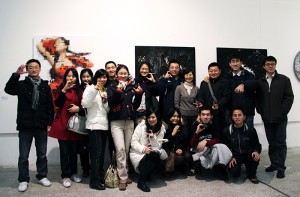 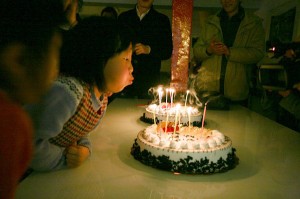 Later, a live installation in Oslo shook the walls of RAM Gallery using light and sound to explode “the white cube”, an architectural concept to describe traditional gallery space. The exhibition’s curator collaborated with the ccMixter community to “soundtrack” the exhibition, entitled The White Cube Remix.

A continent away, Seoul organized CC Hope Day, an annual event by CC Korea to celebrate achievements and thank friends. This year a lively crowd gathered in the club Tool to be entertained and inspired by an incredible line-up, part of a joint program with OCW, IgniteSeoul, TEDxSeoul, TEDxMyeongdong, TEDxSookmyung, and of course the fabulous CC Korea team. The video from the evening is priceless. 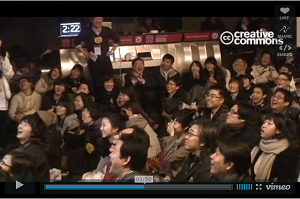 The global parties wrapped up in San Francisco with an installation of its own, Into Infinity, a music collaboration with dublab, Creative Commons, and many talented artists. Taking the stage at PariSoMa was also Alex Macgillivray, General Counsel of Twitter, a supporter of Creative Commons. CC’s Vice President Mike Linksvayer spoke with the crowd about some of CC’s major accomplishments in 2009 and talked about what’s in store for 2010. 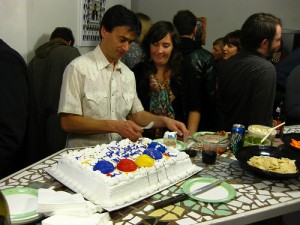 Well, it has indeed been a great year. But there’s still work ahead. To make a difference, there are many things you can do — like volunteering for your local CC project, creating & using freely licensed works, teaching others about Creative Commons, or doing something very important this time of year: giving financial support. Each contribution is a step towards a more balanced future and a healthy sharing culture.

To all of CC friends and birthday planners, happy 7th and thank you!