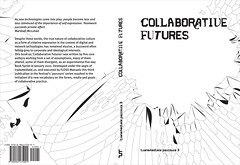 There’s also a licensing (and collaboration?) story behind the video. Producer Bennett Williamson wanted to use â€œRolands Vegnersâ€ by Ergo Phizmiz & Margita Zalite as the soundtrack. Bennett writes on his Free Music Archive blog: