Peer 2 Peer University co-founder and director Philipp Schmidt (see our posts on P2PU, a cutting-edge open education project) has written an excellent post on his Sharing Nicely blog about supporting our Catalyst Campaign:

Today Creative Commons launches their catalyst campaign – brother to the recently announced catalyst grant programme. I like how they connect the two – funding their work AND raising money at the same time. On one hand, they offer small grants for projects that further their vision, and with the other hand they politely ask for donations to support it. It creates a connection between the donation and the purpose of that donation, even if it’s a very loose connection.

Well put — though in this campaign, the connection is very tight, 1:1 — the funds we raise go directly to the small grants.

However, the reason for highlighting Philipp’s post here is that he raises several important points that anyone who cares deeply about Creative Commons may be interested in. The first is simply that CC is crucial infrastructure that must be supported:

CC’s work is a very important foundation of a lot of the open content / commons movement – and I don’t think it’s easy to raise the funds necessary to support it. Hal Plotkin asked this question after his keynote at the recent OCWC Global conference. How should and can something that provides an important, but not very glamorous (my words, not Hal’s, with apologies to my lawyer friends at CC) enabling service be supported financially? Funding for infrastructure is difficult to raise. It’s a little bit like raising money for TCP/IP or HTTP. Everyone will agree that it’s important and we all benefit from having it – but we all hope that someone else will pick up the tab. We rely on that friend of a friend who got rich on stock options, sold his company, or house – or simply inherited a lot of money.

Having grown up in a social democracy that offers high-quality infrastructure and services to (almost) all of its citizens, my immediate response is that infrastructure should be paid for by the state from tax income. I personally would welcome a small part of my tax payments to be used to support important infrastructure projects that enable free flow of knowledge and information. Even more so, now that I live in a country where access to knowledge is scarce and expensive. I believe such would be an excellent investment in future development and well-being of all citizens.

The problem with writing blog posts about topics like this is – you end up getting stuck in a dilemma. I have now explained that I think CC’s work is important, that I suspect many people fail to support it, and that the government should consider doing so. However, pending major adjustments in the political landscape of South Africa, that doesn’t really help anyone. So I went ahead and donated a little money to CC today.

Please join Philipp. But it’s ok to consider infrastructure glamorous, because it is. You’re with a cool crowd. That realizes the Internet breaking is extremely anti-glamor. 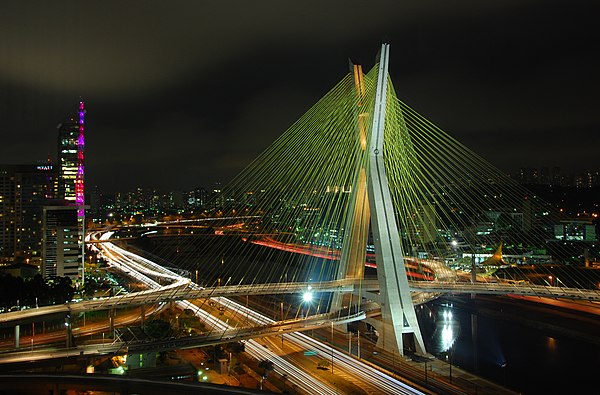 The benefit of donating is the perceived authority to ramble on a little bit longer, and say a few things about what CC are doing what I think could be improved. In order to do that I think its worth looking at the licences as a service (or even a product) that has to be sold to a particular audience and designing it in order to provide maximum value to that audience. What I mean by that is that there is a tendency for organizations to turn inwards – and in the case of CC that means pay more and more attention to the opinions of legal experts – rather than listen to the customers who don’t understand the legal details, and in most cases don’t give a rat’s hat. Here is what I’d like to see:

I would like to see fewer licences and fewer versions – but more certainty that the licence will hold up in court. I believe simplicity beats choice and legal finesse.

Most users of Creative Commons licenses may not care to understand the legal details (but you can bet that many policymakers and the legal departments of institutions do), but their desire to see the licenses hold up in court requires that someone does — that’s Creative Commons’ job, and it requires paying attention to the opinions of legal experts — we must make the licenses work not just for a particular audience in a particular jurisdiction, but across many domains and globally. The strength of our legal resources — on staff, an amazing affiliate network, board, and pro-bono — is what allows most users to rationally not give a rat’s hat about the legal details involved.

So the listening to the opinions of legal experts is crucial, but so is listening to users. Philipp’s request for more simplicity, especially in the form of fewer licenses and versions therof, is not uncommon. Creative Commons is doing alright here — especially considering potential user requests for more narrowly targeted licenses are at least as common. Here are some examples of doing well:

It’s also worth noting that while CC has and does listen very carefully to particular audiences, maximizing value for any particular audience is not good enough. Maximizing the global value of the commons requires a focus on interoperability — furthered by both getting legal details right and non-proliferation.

Suggestions regarding how we do do even better encouraged. Philipp concludes with:

I would like to see CC separate its core business (the licences) more clearly from other programme areas and especially things that fall broadly into the fostering of “creativity (cultural, educational, scientific and other content) in the commons”. This separation should include budgets – so that donors can choose what activities their money ends up supporting. Don’t get me wrong, I think creativity should be supported, and probably in a fairly vague and flexible way, but I think part of the funding challenge for CC is that people, especially those who are making small donations, are comfortable funding the licences but might not be as comfortable with CC using their donation to foster “creativity”. That applies to me for example.

Supporting creativity in a vague and flexible way would be massive mission creep for Creative Commons. Even supporting the creation of CC-licensed works is out of scope, and the Catalyst Grants description of fundable work specifically calls this out. However, we do a significant amount of work that could be characterized as communications, education, marketing, advocacy, evangelism, business development, tool building, etc. to support license adoption. This is crucial work for Creative Commons to do for the licenses are much, much more valuable with massive adoption. There’s more useful work to do here than we can do directly — thus our priority on developing our affiliate network and other means of scaling Creative Commons’ impact without adding substantially to our core cost structure. That’s fundamentally what the Catalyst Campaign and Catalyst Grants are about — raising a little bit of money to spur capacity for growing CC adoption massively beyond what CC can do directly.

Supporting Creative Commons (and our current Catalyst Campaign in particular) is much more highly targeted than “supporting creativity” — but there isn’t a bright line between “funding the licenses” and funding work done to support and promote the licenses. I would argue there shouldn’t be. The licenses are great products that requires support and promotion to realize their potential — like any great product. Creative Commons is a small organization, and among our small staff, most have overlapping duties that support the licenses in multiple ways. We do work hard to deploy our limited resources in the most scalable way possible. We also understand that the licenses are critical infrastructure that must be kept up and defended even if funding dries up, so we do make contingency plans for such scenarios.

Hopefully this addresses some of Philipp’s excellent and reasonable concerns. Again, specific suggestions for how we can do better are strongly encouraged! Now please join Philipp and his colleagues at P2PU in supporting this work!