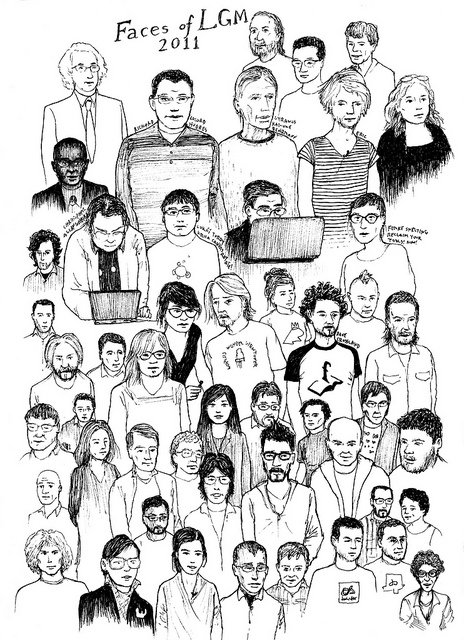 In 2007, Jon Phillips wrote this about Libre Graphics Meeting:

I wanted to underline how key it is for all those in Open ____ (Open Content, Open Source, Open etc) get together at some point to see each other physically, as often it’s only virtually.

It’s now 2011 and Jon Phillips is a CC alumnus but still active in Libre Graphics Meeting every year. This year Jon Phillips invited me to attend and speak as CC representative and community member about Blender and about free network services. I spoke three times:

And just as Free Software Needs Free Tools, free culture also needs free tools. If culture is going to be reworked, remixed, and even simply survive the dangers of obsolescence, we need unencumbered formats and tools to empower current and future authors and artists. And so the libre graphics community plays a critical role here.

Free culture and free software don’t mix often enough, but when they do the result is powerful. In few places does this mixing happen as clearly as it does in the libre graphics community, and so it’s good that we have Libre Graphics Meeting as a gathering point for powerful intersections such as these.