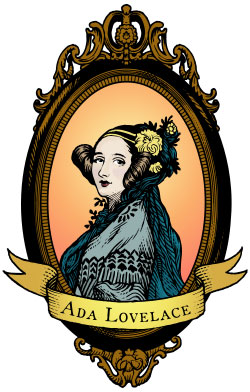 Ada Lovelace — widely considered the first computer programmer — famously said, “I never am really satisfied that I understand anything; because, understand it well as I may, my comprehension can only be an infinitesimal fraction of all I want to understand.” That quotation brings to mind the axiom that a curious mind is always asking more questions and learning is never complete. Every day, like Lovelace, I am all too aware that my knowledge is dwarfed by what I have yet to learn.

Around the world today, the technology community is celebrating Lovelace and the many women in technology who’ve followed in her footsteps. Here at Creative Commons, we think a lot about women in science and technology and the untapped potential we have yet to realize. In his speech to the United Nations a few weeks ago, President Obama spoke of the importance of women and girls in STEM fields (science, technology, engineering, and mathematics). The White House identified Creative Commons as a key member of an emerging community of practice supporting girls in STEM.

A few days later, Creative Commons and the OpenCourseWare Consortium announced that we’d formed a task force to determine how open educational resources (OER) can support the success of girls and women in STEM fields. As I said in that announcement, the challenges of the future will require bright, ambitious, well-educated people of both genders.

Many people reading this probably know that the OER movement played a pivotal role in my career. When I was at the Hewlett Foundation, we made a gamble in starting our OER initiative. At that time, OER was an untested idea. Today, those early investments are paying off, with open-licensed resources benefitting women, men, boys, and girls around the world, many of whom wouldn’t otherwise have access to high-quality educational materials that can be localized and improved for teaching and learning.

But like Lovelace, we’re not yet satisfied. Last month’s groundbreaking open textbook legislation in California was a huge step in the right direction, but it was just one step. We must keep the end vision in mind: together, we can democratize education through openly licenses resources, tools and processes. While we can’t create future Ada Lovelaces in a lab, we can provide for a culture of education that rises to the challenge of its most curious learners.

One thought on “Ada Lovelace Day: Women, Tech, and OER”