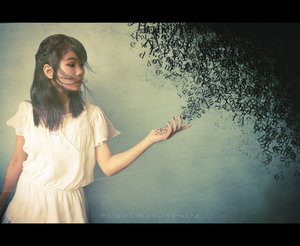 Throughout the #cc10 celebrations, we’ll be profiling online platforms with Creative Commons integration. I reached out to Josh Wattles, longtime copyright lawyer and advisor in chief at deviantART, to get his perspective on how artists online use (or don’t use) CC licensing.

deviantART is a massive community, with members ranging from young amateurs to well-known professionals. Josh told me that about 5% of uploads each day are CC licensed, which translates to about 1450 individual artists. Altogether, there are 15-16 million CC-licensed artworks on dA.

Josh explained me that in a lot of ways, deviantART grew up alongside filesharing. The first artworks shared on dA were skins for mp3 players. Josh — himself a longtime copyright lawyer who’s worked with the EFF and LimeWire — told me that he always saw CC licensing as a natural fit for the dA community. Or as he put it, “When it first started, Creative Commons was part of your citizenship on the Internet if you were a geek.”

I also asked him to recommend some favorite CC-licensed works from the deviantART community. A few of them are sprinkled throughout this interview; the rest are in this gallery.

How did deviantART make the decision to implement CC licensing options? Was the community asking for it? Was there any pushback?

Some of the members of deviantART community first suggested that we implement it. But it was Mia Garlick [former general Counsel of CC] who was really responsible for driving it. 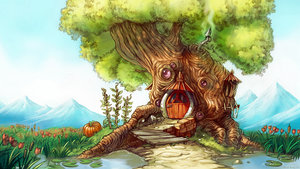 We had her at the first (and last) deviantART conference in 2005. She gave a talk, and it was really well-attended and straightforward. She said, “All this is is a license, you’re not dedicating anything to the public domain, all you’re doing is giving the public a license for reuse. Pick a license if you want to use it, and if you don’t want to use it, don’t.”

And so, in the submission process, there was an opportunity to select a CC license. We did no additional messaging beyond that implemetaiton. It just seemed like the right thing to do, and so we did it.

Do you think that visual artists are more reluctant to share their work openly than musicians or other types of artists?

It’s more complicated or visual artists, because there’s not a one-size-fits-all approach. It’s easy for a musician to say, “With the exception of tracks that I license to some record company, everything I do I’m just going to keep out there as open and available, because that will drive people to my venues for concerts.”

For a visual artist, let’s say you create a work on commission. You might not be at liberty to make the decision to license it under CC. On some level, the person who commissioned you has an opinion about what the distribution pattern for the work should be. There’s immediately a category where you can’t apply a default practice. And you can’t even apply a default practice under the ctegory of commissioned work, because each type of commission is different. 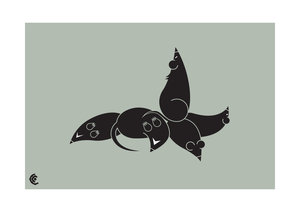 deviantART excels at providing every artists, regardless of their level, with a platform in which to communicate with each other, work with each other, and request work from each other. And people request all kinds of stuff. They say, “I want a little avatar that looks like a pony, and I’ll give you 50 virtual points for it,” which amounts to slightly over 50 cents. In that interaction, it would be silly to say to the person you gave the pony to, “Now you have exclusive rights for the entire internet and the world.” The intention of the parties in that situation is that you can go off and draw a pony for someone else. On the other hand, the guy who draws the ponies isn’t going to put it up as a free file for everyone to use, because he just got paid 50 cents for one, and maybe someone else wants to pay 50 cents for it. It’s a more complicated decision path.

On the other hand, CC is a brilliant way to ensure wide-scale distribution of content on the internet. I advise artists that some portion of their work should clearly be available for that kind of distribution, just on a promotional level. It’s useful to have some portion of your work out there, but it’s going to take a fairly sophisticated artist with a fairly sophisticated business purpose and model to see the rationale of that and the efficacy of it.

Since deviantART implemented CC licensing, have you seen community’s attitudes about sharing change?

There’s always been a lot of sharing, but it’s not necessarily under a CC license. When someone puts their works on Facebook or Tumblr, there’s a de facto sharing going on with an implied agreement about how they’d like their work to be reused. It would be great if there were a CC license attached to it, to establish a benchmark of the rights that the person is trying to convey by putting it on the internet.