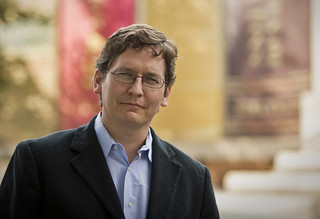 In celebration of Creative Commons’ tenth anniversary, we asked various friends of CC to write about the role that open licensing plays in their fields. Today, John Wilbanks shows how the world’s largest pharmaceutical company made a big step in malaria research by sharing its data openly.

GlaxoSmithKline (GSK) is perhaps not the first name most think of when they think of Creative Commons. Large pharmaceutical companies aren’t always the avant-garde commoners.

Yet in 2010, GSK made an amazing move. They took a set of 13,500 chemicals that their internal screens had shown to be active against malaria and put them in the public domain under CC0. They also made sure the data were technically available by depositing the set at a government data repository.

This isn’t how it’s usually done in the pharmaceutical industry, needless to say.

But something beautiful has happened in the intervening years. Something that is totally natural to those of us who live and breathe the commons, something mindboggling to those who don’t.

The data are being used to try to find a cure for malaria. By people who would otherwise be locked out of the process. A nonprofit foundation invested in a lab to take some of the compounds forward for investigation. They’re working together in an open lab notebook. And now 400 of the best candidate drugs are available as a “malaria box” that anyone can request to work on their optimization.

It’s still a long way from a cure for malaria. Drug discovery is hard, mainly because we don’t understand biology well enough to predict what’s going to happen with most compounds when we put them into practice. Our bodies are too complicated for the businesses trying to cure them.

But this is a methodological revolution: deploying the commons as an organizational structure to deal with that complexity. And it was driven, in the beginning, by the moment that the world’s largest pharmaceutical company became a commoner.

John Wilbanks currently runs the Consent to Research project (CtR), a massive clinical research study in which people take the data they can gather about their own health and donate it for computational analysis. Mr. Wilbanks is also one of the founders of the Access2Research petition. As part of CtR, Mr. Wilbanks is a Senior Fellow in Entrepreneurship at the Ewing Marion Kauffman Foundation, a Research Fellow at Lybba, and supported by Sage Bionetworks. Mr. Wilbanks has worked at Harvard’s Berkman Center for Internet & Society, the World Wide Web Consortium, the US House of Representatives, and most recently Creative Commons. Mr. Wilbanks also started a bioinformatics company called Incellico, which is now part of Selventa.