During the Academy Awards a few weeks ago, we were reminded of an interesting piece of Creative Commons history:

Who can tell us what the first Oscar-winning film to be shared under a CC license was? #ccfilm #oscars

And the Oscar goes to… RT @alanthall: @creativecommons Was it “A story of healing”? (More info: bit.ly/UIhDxL)

In 2007, Donna Dewey’s A Story of Healing became the first Academy Award–winning film to be released under a Creative Commons license. The film follows plastic surgeons from Interplast, an organization that provides free reconstructive surgery to people with injuries and congenital deformities. Interplast (which produced the film and is now known as ReSurge International), recognized that sharing it under a CC license could allow its message to reach more people. 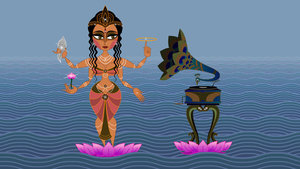 Six years later, filmmakers all around the world are using Creative Commons licenses to bring their films to new audiences. And in the process, many of them are redefining how film production and distribution can work. No, CC-licensed films aren’t sweeping the Oscars, but maybe they’ve become a part of something even more exciting.

For example, take Nina Paley’s Sita Sings the Blues. Most people reading this blog post have probably seen Paley’s amazing film. (If you haven’t, watch it right now. We’ll be here when you get back.) But you might not know that as of 2013, Paley has placed her film in the public domain. Paley explains why she made the unorthodox decision to waive her copyright under the CC0 Public Domain Declaration:

… I still believe in all the reasons for BY-SA, but the reality is I would never, ever sue anyone over SSTB or any cultural work. I will still publicly condemn abuses like enclosure and willful misattribution, but why point a loaded gun at everyone when I’d never fire it? CC0 is an acknowledgement I’ll never go legal on anyone, no matter how abusive and evil they are. 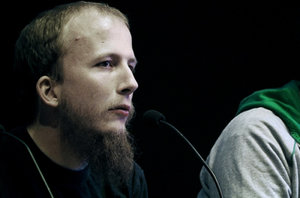 A few weeks ago, Simon Klose released TPB AFK, the long-awaited, Kickstarter-funded documentary about the lives and legal difficulties of the founders of The Pirate Bay. Klose released two versions of the documentary, one licensed BY-NC-ND and one BY-NC-SA. According to Klose, the film includes six minutes of footage from a television network that wouldn’t allow adaptations, so he chose to release a remix-friendly version omitting that footage alongside the NoDerivs version. Both in Klose’s case and in Paley’s, the licenses invite types of reuse and creative participation that can get really problematic under traditional, All Rights Reserved film distribution.

This summer, members of the Nordic CC community are organizing the first Nordic Creative Commons Film Festival. Organizers are inviting anyone in the region to host a screening. Venues will range from full-size theatres to small gatherings in people’s homes. (The organizers are currently looking both for volunteer organizers and for film submissions. Visit their website for more information.)

The Nordic festival is the latest in a growing movement of CC film festivals that began with the Barcelona Creative Commons Film Festival. The BccN launched in 2010 with the slogan “COPY THIS FESTIVAL.” And copy it people did, with “copies” appearing in Buenos Aires, Mexico City, Lima, Helsinki, and beyond.

In a video message to the organizers of the Nordic CC Film Festival, CC cofounder Lawrence Lessig suggests that the film culture of the future will look less like today’s film industry and more like this festival:

Another new direction in filmmaking — which, interestingly, also originated in Spain — is Pablo Maqueda and Haizea Viana’s #littlesecretfilm. Anyone can create a “#littlesecretfilm,” as long as her film follows a list of minimalistic rules (finish shooting in 24 hours, ad-libbed dialogue). It’s hard not to make comparisons to Dogme 95, but #littlesecretfilm’s organizers stress that they’re not trying to build a new movement (interview in Spanish). The project’s manifesto describes it simply as “an act of love for the cinema,” which could also describe the global spread of CC film festivals. And of course, #littlesecretfilms must be licensed under Creative Commons.

Around the world, CC filmmakers and festival organizers are changing the rules of every step in the process of filmmaking, from writing and shooting to editing, distribution, and monetization. At a time when the mainstream film industry is struggling to redefine and modernize itself, the CC community isn’t waiting up.

Attention CC filmmakers: Please add your projects to our Case Studies and post upcoming screenings to our Events page. We’d love to help promote your work!

Update (April 11, 2013): The Nordic Creative Commons Film Festival has just launched a crowdfunding campaign. Make a donation or visit the festival site to find other ways to get involved.

9 thoughts on “CC Filmmakers and Festivals Change the Rules”