Last month, Creative Commons and several other groups responded to the European Commission’s consultation on licensing, datasets and charging for the re-use of public sector information (PSI). See our response here. There were 355 submissions to the questionnaire (spreadsheet download), apparently from all EU Member States except Cyprus. The Commission hosted a hearing (PDF of meeting minutes) on the issue on 25 November.

This week the Commission released a final summary report (PDF) to the consultation. There were several interesting data points from the report concerning licensing. First, the questionnaire respondents preferred a “light-weight approach, limited to a mere disclaimer or consisting of allowing the reuse of data without any particular restrictions…” (pg5). In our submission, we said that there should be no conditions attached to the re-use of public sector information, with the best case scenario being for public sector information to be in the public domain, exempt from copyright protection altogether by amending national copyright laws. 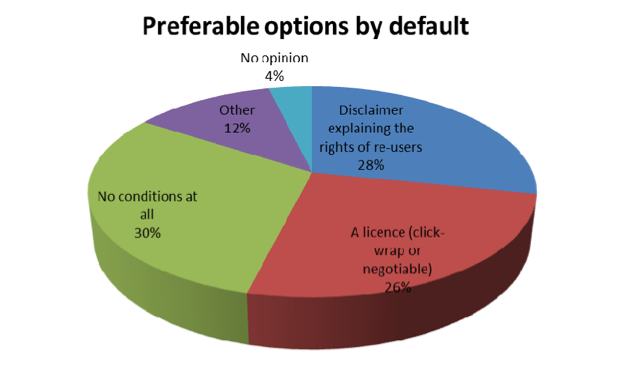 Second, when asked about licensing conditions that would comply with the PSI Directive’s requirement of ‘not unnecessarily restricting possibilities for re-use’, the most respondents indicated support for the requirement to acknowledge the source of data. In our submission we said we believed every condition would be deemed restrictive, since ideally PSI would be removed from the purview of copyright protection through law. At the same time, we realize that if the Commission were to permit public sector bodies to incorporate a limited set of conditions through licensing, then they should be expected to use standard public licenses aligned with the Open Definition. The preference should be for “attribution only” licenses, like CC BY. 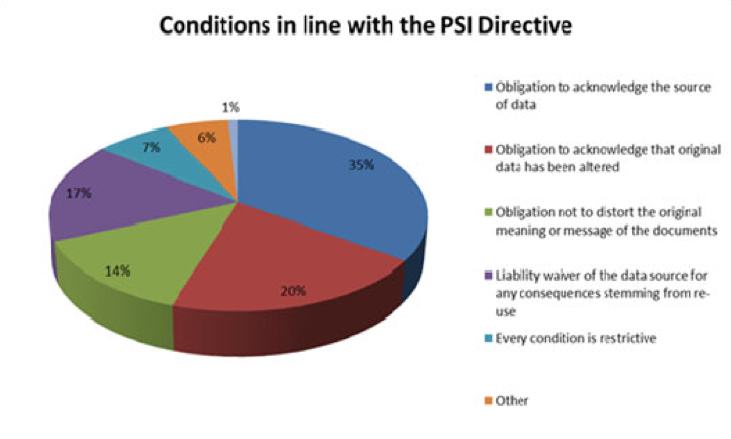 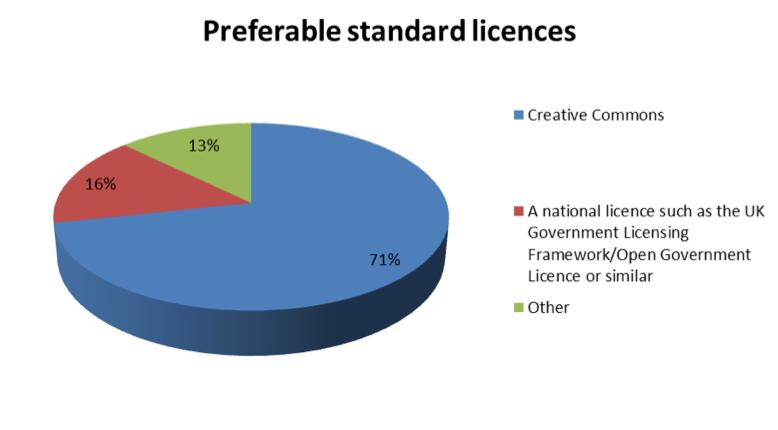 The report also mentions the fact that several respondents chose to provide feedback on which Creative Commons licenses would be deemed suitable for PSI re-use. It noted that the most prevalent licenses mentioned were CC0 and CC BY, while a few respondents suggested BY-SA. Others provided a more general answer, such as “the most open CC license could be used…But [the] BEST OPTION is no use of any of license: public domain” (pg9).

There is also a widespread acceptance of the need to offer interoperable solutions, both on the technical and licencing levels. And even if opinions differ as to the exact shape of re-use conditions, the answers show that a general trend towards a more open and interoperable licencing system in Europe, largely based on available standard licences is gaining ground.