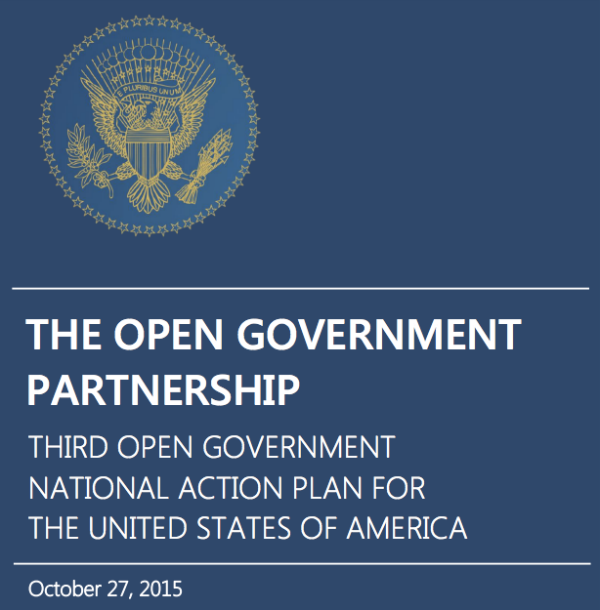 Yesterday the Obama administration released an updated version of its Open Government National Action Plan. Ever since the launch of the global Open Government Partnership in 2011, participating nations have made commitments to work on initiatives “to promote transparency, increase civic participation, fight corruption, and harness new technologies to make government more open, effective, and accountable.” Included in the U.S. plan is a section aimed at supporting open educational resources and open licensing.

Open educational resources are an investment in sustainable human development; they have the potential to increase access to high-quality education and reduce the cost of educational opportunities around the world. Open educational resources can expand access to key educational materials, enabling the domestic and international communities to attain skills and more easily access meaningful learning opportunities. The United States has worked collaboratively with domestic and international civil society stakeholders to encourage open education initiatives. Building on that momentum, the United States will openly license more Federal grant supported education materials and resources, making them widely and freely available. In addition to convening stakeholders to encourage further open education efforts, the United States will publish best practices and tools for agencies interested in developing grant-supported open licensing projects, detailing how they can integrate open licensing into projects from technical and legal perspectives.

You’ll recall that Creative Commons and over 100 other organizations called on the White House to act so that federally funded educational materials are made available under liberal open licenses for the public to freely use, share, and improve. One way for the Obama administration to meet this goal is to make open licensing policy a major commitment in their updated Open Government National Action Plan.

The newest White House plan—released during the Open Government Partnership Summit in Mexico City this week—is not as progressive as our earlier recommendations. Still, it mentions open education and open licensing as important areas for action. And this type of work could help move the U.S. toward a default open licensing policy for the digital education and training resources created with discretionary federal grants funds.