Opened to the public in 1903, the Isabella Stewart Gardner Museum is a world-class museum that houses more than 5,000 art objects, including works by Rembrandt, Michelangelo, Raphael, Degas, and Sargent. It is also known for its phenomenal music program, lectures, and symposia, as well as the museum’s nationally recognized Artist-in-Residence and educational programs.

Online, it is well-known as the producer and distributor of The Concert, a classical music podcast that features unreleased live performances by master musicians and talented young artists, recorded at the museum’s Sunday Concert Series. The podcast is free, distributed under a Creative Commons Attribution-Noncommercial-No Derivative Works license (Music Sharing), and widely popular. The Concert was one of the first classical music collections to be shared under a CC license, and the ISGM was one of the first art museums to actively distribute digital content under a CC license.

Those in the CC community best know of the ISGM as a result of your highly successful The Concert podcast. What was the inspiration for the podcast series? Why did you choose to release it under a CC license?

Anne Hawley: We launched The Concert – the museum’s first podcast – in September 2006, as a way to continue the museum’s long history of supporting artists and creative artistic thinking. During Isabella Gardner’s lifetime, the museum flowed with artistic activity: John Singer Sargent painted, Nellie Melba sang, and Ruth St. Denis performed the cobra dance within these walls. Isabella Gardner was a committed patron of artists and musicians and the museum has always followed her lead. The podcast is the latest example of this; it’s a modern way to bring the museum’s wealth of programming to a wider audience, promote the exceptional work of the musicians who perform here, and ultimately expand the reach of classical music.

Music has always been an important part of the Gardner. When the museum opened on New Years Night 1903, attendees enjoyed a performance of Bach, Mozart, Chausson, and Schumann by members of the Boston Symphony Orchestra—“a concert of rare enjoyment” according to one guest. During Gardner’s lifetime, the museum hosted visits and performances by well-known musicians and rising stars including composers Gustav Mahler and Vincent d’Indy, pianist Ignacy Jan Paderewski, and cellist Pablo Casals, and memorable concerts including the 1903 premiere of Loeffler’s Pagan Poem, composed and performed in honor of Isabella Gardner’s birthday. Four years later, the work had its “official” premiere at the Boston Symphony Orchestra.

Today, the Gardner’s music series is the oldest of its kind in the country, with weekly concerts and special programs that enrich and draw musical connections to the museum’s special exhibitions and permanent collection, while continuing Isabella Gardner’s legacy as a music lover and patron of the arts.

Scott Nickrenz: We had hundreds of hours of fabulous live performances on CDs just sitting in the museum’s archives, so creating the podcast seemed a natural way to literally “dust off” these musical treasures and share them, expanding the reach of our concerts and promoting the talented artists who perform here to a worldwide audience. It’s the performances and the generosity of our artists that drive The Concert — and the CC license that fuels it.

The Concert features free, unreleased recordings of live performances recorded in the museum’s intimate Tapestry Room. New programs are posted on the museum’s website on the 1st and 15th of every month, and listeners can subscribe to receive free, automatic updates. Podcast episodes contain about 45 minutes of music featuring selections from the museum’s recording archives, with a brief introduction that provides context and makes connections among the featured works. The podcast is linked to our online music library, where works are archived individually. The online library – growing every month – currently includes almost 150 works.

Thanks to the “Share Music” license, the Gardner’s program is unique in encouraging the public to download, or save, classical music performances from the Gardner – and share them with friends and family.

Anne Hawley: The podcast is a true collaboration, bringing together the talents of emerging and established musicians who perform in The Concert series, the freedoms offered by Creative Commons licensing, the legal expertise of Jeff Cunard and the Berkman Center for Internet & Society at Harvard Law School, the support of the Internet Archive, and the work of many people here at the Gardner Museum.

We like to think that, were Isabella Gardner alive today, she would be an active subscriber to our podcast feed, just as she was an innovator and forward thinker during her lifetime—an “early adopter” of all the arts! We’re delighted that The Concert contributes to the democratization of classical music through technology.

What kind of results have you seen from using a CC license for The Concert? How important has that license choice been to the project as a whole?

Anne Hawley: The Creative Commons license has been key to the entire project. The Concert broke new ground, marking the first time an art museum actively encouraged sharing and free distribution of its online programming through a “some rights reserved” copyright license. We were also one of the first classical music collections to encourage and legally allow file sharing of its music.

Scott Nickrenz: I was really excited when I heard about the possibilities offered by a CC license, and knew that it was what we had to do for the podcast. Our goal with The Concert was to bring what we do at the museum to the widest number of people possible worldwide, and CC has allowed us to do that.

Through the podcast and our online music library, we’ve reached hundreds of thousands more people than can attend our concerts live each year in our intimately-sized concert hall. To date the podcast and music library have been accessed by listeners in 116 countries across the globe, from Azerbaijan to Croatia. I’m thrilled that we’ve been able to use the power of the internet to spread classical music, in a way that fits how people live and listen to music today.

Anne Hawley: These are extraordinary performances that Scott brings to the museum, and the new ways of distributing music—online and almost instantaneously—make them incredibly accessible. We’ve gotten extremely positive feedback from all across the world, most recently from a listener “up a mountain in Eastern Crete.” The podcast has helped us to reach many people who might not otherwise know about the museum or have access to these kinds of performances.

The launch of The Concert was heralded by the media as well as listeners for its revolutionary approach in offering free music and encouraging sharing. Bostonist called the creation of the podcast “a totally hip move” and Fast Company commented that using technology to share the museum’s “classical goodness” is “just the way Isabella would have wanted it.”

The Concert recentlly reached over 1 million downloads. The license you all chose enables the free sharing of music – do you see a correlation between the two? How has the CC license affected the distribution of the podcast?

Anne Hawley: Absolutely – making these high-quality recordings free and shareable is a major part of why The Concert has been so successful. In thinking about the podcast, it was important to us to really embrace the way people are listening to music today. And it seems to have worked: in the first six weeks alone, we had over 40,000 downloads from 83 countries–which was unprecedented for a classical music podcast–and we reached the one-million download mark this past May.

Scott Nickrenz: We welcome filesharing, because it’s a new way people can share their experiences and the things they discover. We include introductions to the music that place it in context because we want to provide for listeners at all levels of familiarity with classical music. And the podcast features many of today’s major artists and rising stars, who have all been enthusiastic and supportive partners in this project.

Renowned pianist Jeremy Denk, one of the musicians heard on The Concert, has called the podcast “a great opportunity, not just for the musicians involved, but for listeners, too…Projects like this support new voices in classical music, and create new opportunities for audiences to hear them.”

We hope that these artists and this music will be heard by people who wouldn’t have heard it otherwise. It’s clear that the old models for distributing classical music aren’t what they used to be; we want to reach to people where they are, and that’s online. Our hope is that people take full advantage of what we have to offer. I keep thinking of this whole thing as “the Mozart virus” – we want it to keep spreading to as many listeners as possible!

What is up next for ISGM?

Anne Hawley: We’re always exploring new ideas about how cutting-edge technology can help us bring the full Gardner Museum experience to art- and music-lovers across the world. The launch and success of The Concert has been a wonderful and educational first step, and we look forward to breaking still newer ground and embarking on many other technology-fueled initiatives in the future. Stay tuned! 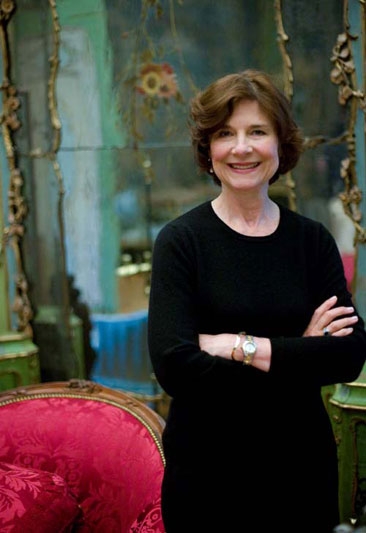 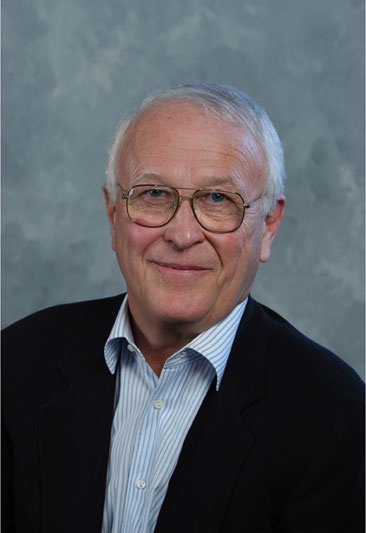 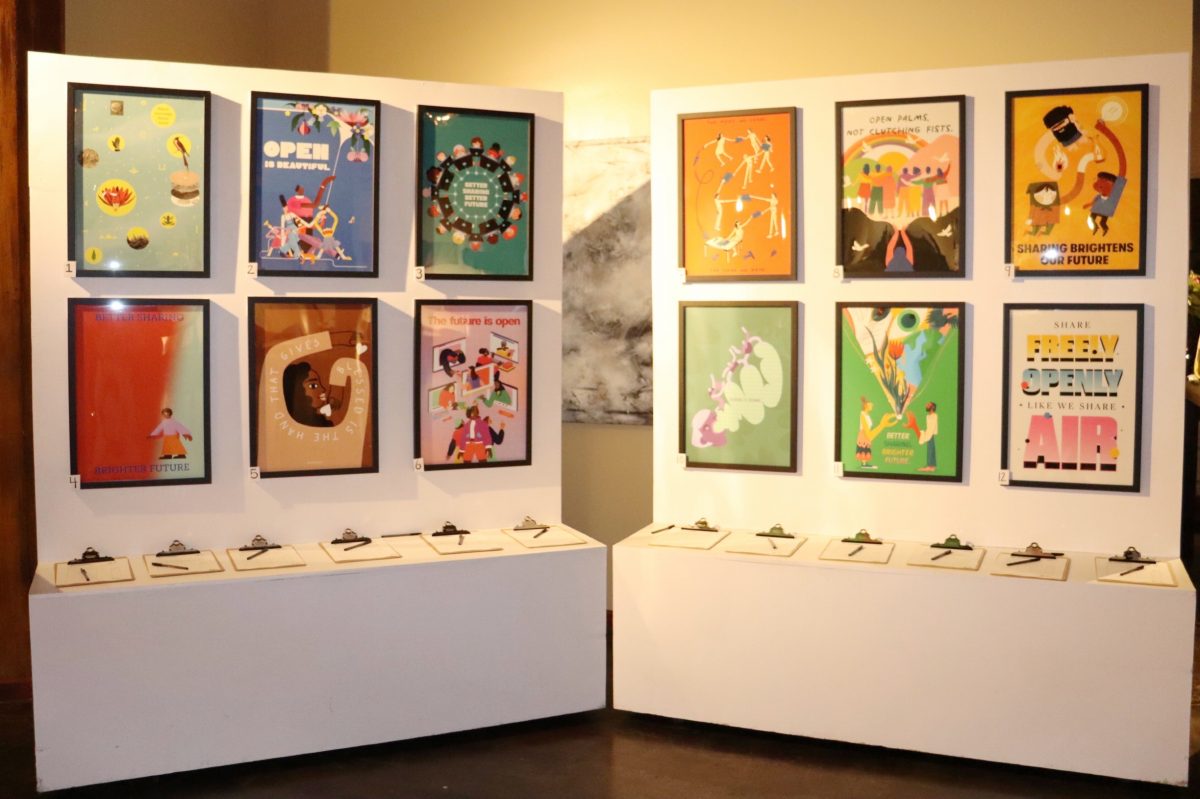