ReadWriteWeb* writes that English Wikipedia just passed the 3 million article mark. While this is a great accomplishment that will surely be widely reported, RWW correctly highlights that “Wikipedia” is much more than the English site:

The family of sites as a whole has more than 13 million articles in more than 260 languages, not counting discussion pages and other errata.

As RWW also notes, Wikimedia Commons, the media repository sibling of Wikipedia, is about to pass the 5 million file mark.

And it just happens that the vast number of wikis hosted by the commercial wiki platform Wikia will cumulatively surpass the 3 million article mark soon.

All Wikipedia articles are now available under the Creative Commons Attribution-ShareAlike license, all media hosted at Wikimedia Commons is under this or another free license or in the public domain, and most of the wikis hosted by Wikia are also under CC BY-SA, as are many other wikis, for example Wikitravel, WikiEducator, Planet Math, and Appropedia. Read about why this interoperability is a win for free culture. 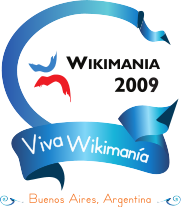 Numbers alone are impressive enough and hint that Wikipedia has blown up the encyclopedia category and that other wiki projects will supersede other existing categories of cultural and educational artifact. However, the numbers only begin to tell the story. One place to see this unfold in highly concentrated form is Wikimania, the annual international conference of the Wikimedia Foundation. See the conference schedule, including panels featuring CC France and CC Taiwan co-founders Melanie Dulong de Rosnay and Shun-ling Chen (Authorship, Licenses, and the Wiki Borg) and me (OER Content Interoperability for WikiMedia platforms).

* Thanks ReadWriteWeb for all your awesome CC coverage!

One thought on “Wiki* milestones and mania”